Stornetta Dairy, on the side of Highway 12, burned down during the Sonoma Fires, which destroyed an estimated 8,400 structures. the Diary produced milk for the Clover Sonoma dairy company for 100 years.

In the aftermath of the devastating fires which whipped through Northern California at the beginning of October, residents of the affected areas must now face the difficult task of rebuilding their lives.

Burning more than 223,000 acres, destroying 9,000 homes and killing 42 people, the fires are “truly one of the greatest tragedies that California has ever faced,” Gov. Jerry Brown said in an Oct. 14 press conference at Santa Rosa High School.

As the tragedy unfolded, the Convent & Stuart Hall community came together to support the recovery efforts, by holding food drives, raising money and donating other items to the displaced residents. Some students who evacuated are temporarily attending the elementary schools.

“We worked with both the parent committee and student government,” senior Luke Chang, head of Students in Action at Stuart Hall, said, “and as a collaborative group we discussed ways we can give support to the North Bay fire victims.”

SIA placed collection bins on both campuses, requesting donations of canned and non-perishable foods, to give to the Redwood Empire Food Bank. The club amassed more than 200 canned goods and more than 50 lbs. of pasta, according to Chang.

Students have also taken advantage of individual opportunities to help victims of the fire. Juniors Sofia Pirri and Natalia Varni helped to evacuate horses and other large animals, thousands of whom were displaced as the fires raged through heavily agricultural areas.

“It’s [always] important to help people in a disaster, but [it’s even more important] when that disaster hits so close to home,” Pirri said. Student organizations will
continue to make opportunities available for students to provide aid to affected areas.

“I personally knew a victim of the fires,” Chang said, “and after hearing his story and how he’s been affected, I’ve been in-spired to help his community.”

WEB EXCLUSIVE After a long week of school and volleyball, I was more than excited to relax during my weekend in California's wine country and cool dow... 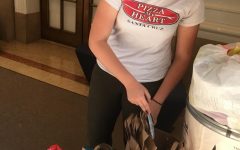 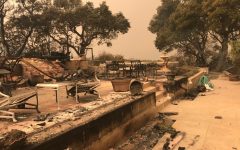