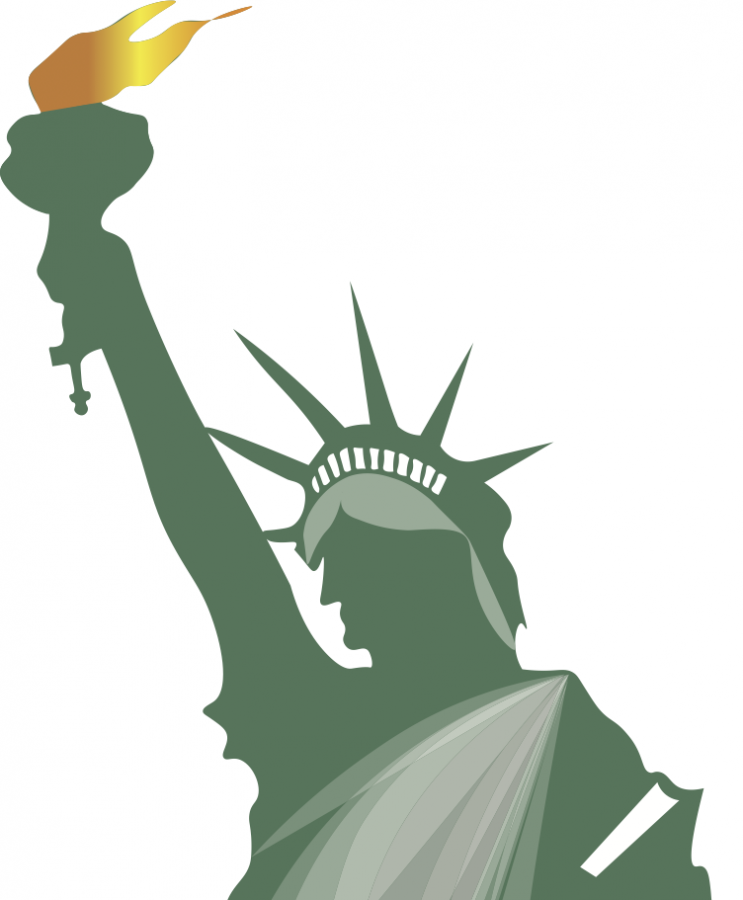 “I’d love to meet the person who makes your pantsuits because for Halloween I wanted to go as a librarian from outer space,” host Zach Galifianakis said to presidential candidate Hillary Clinton during his talk show “Between Two Ferns.” Although the program is labeled as satire, women in politics are often criticized for their clothing, demeanor and tone every day in a much less comical context.

An equal number of girls and boys hope to become president at age seven, but far fewer girls have the same dream when asked at 15 years old, according to Caroline Heldman, Associate Professor of Political Science at Occidental College in the film “Miss Representation.”

This divergence is evident in the lack of women holding political positions.

Women are short of the 50 percent threshold in nearly every sector of politics, according to Stina Skewes-Cox Trainor, who has held political positions including the Advance Director for then Speaker of the House Nancy Pelosi and Deputy Chief of Staff for U.S. Ambassador Samantha Power.

“Our government works best when everyone has a seat at the table,” Skewes-Cox Trainor said. “That means everyone’s voice is being heard, different types of people have decision making abilities and there is diversity of opinion. I firmly believe that the more varied experiences at the table, the better and stronger the government is.”

Yet, women account for fewer than 20 percent of congressional seats.

Despite women being the majority in terms of global population, women are grossly underrepresented because they are a minority in terms of political participation, according to Michael Stafford, Philosophy and Ethics of Politics, Economics and Power teacher.

A balance of both men and women’s voices is necessary in politics, as with a solely male voice in Congress, certain needs of women are not being touched upon, according to senior Caroline Salveson who takes Stafford’s course.

“Women bring on a different viewpoint in politics,” junior Jocey Shilakes, who participates in Model United Nations and says she hopes to pursue a career in politics, said. “I feel like they approach things with more reason which is definitely valuable in any political conversation.”

The importance of incorporating a diversity of opinion in politics applies not only to women, but also to a diversity in religious beliefs and ethnic background, according to Skewes-Cox Trainor.

“I believe that it’s not just good for women when women are represented, it’s good for everybody,” Skewes-Cox Trainor said. “It’s good for families, it’s good for work life balance. The same goes with racial, ethnic and religious diversity. I really do believe that the more different types of voices are at the decision making table, the stronger we are.”

During the 2016 presidential campaign, the long-existing issue of a double standard for women in politics is being acknowledged due the public’s criticism and ostracization of Clinton’s appearance. Talk show host David Letterman highlighted the issue in Clinton’s 2008 campaign, regularly making fun of her clothing choices.

“There are pictures online of Hillary online in all different colors of pantsuits with captions like, ‘Oh it’s a rainbow Hillary,’ and that’s what is focused on,” Salveson said. “It makes me frustrated because it’s a distraction from the actual politics and issues. It doesn’t matter what you’re wearing if you’re making good decisions.”

Double standards are not limited to politics, according to Skewes-Cox Trainor.

“All women in the public eye are held to a double standard,” Skewes-Cox Trainor said. “You have to be the smartest, the brightest and you have to look perfect, too. When I think about the tone of the debate right now, and some of the things that some of the candidates have said, I find it incredibly upsetting that women are being objectified.”

It will take time for the double standard to be reversed and for women to obtain an equal number of seats in every sector of politics, according to Shilakes. In order to help achieve equal power, just societal norms and values must be established for both girls and boys from a young age.

“We need to start giving girls the ability to not be restricted with what they want to do in elementary or middle school,” Shilakes said. “Whether it’s in politics, science, engineering or any male-dominated field, they should be able to succeed.”