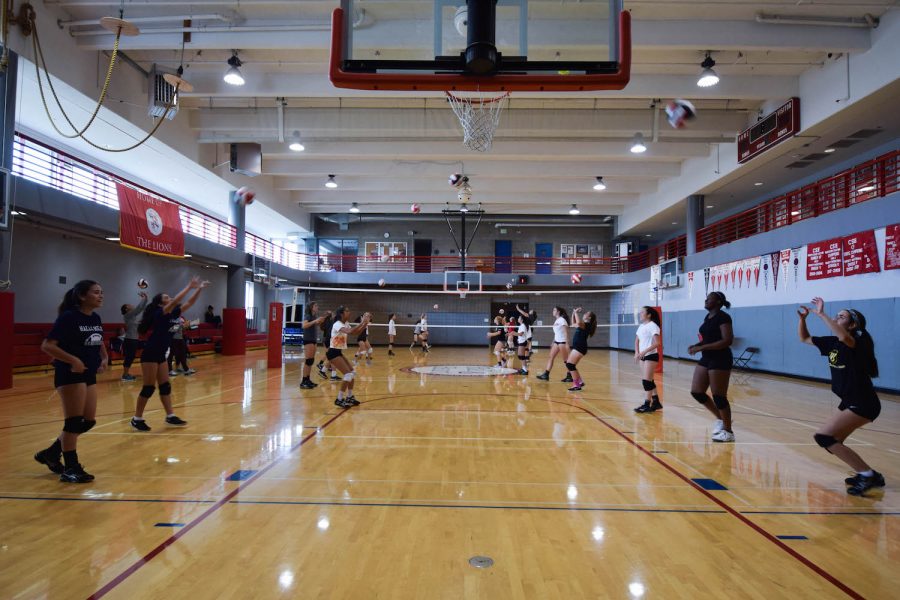 Volleyball and cross-country teams get a head start on tryouts, training

In anticipation for a game today and upcoming meets, volleyball and cross-country teams started racing through the city and spiking down on the hardwood during the early summer.

“We are more experienced, which is really helpful because now everyone knows how to pace themselves in races and no one is afraid to race,” four-year runner Katie Newbold said.

Team members participated in a preseason camp Aug. 1- 5 at SHHS, focusing on team building. Runners competed in daily scavenger hunts and were awarded prizes, according to senior Ana Cahuas.

“I am most excited to see how far we go because now everyone has been doing cross country for a couple years,” Newbold said. “I think we have a lot of potential to go really far.”

School-year practices for the team of 56 take place at both SHHS and CHS. The team uses weights and bikes as well as runs through Marina Green and Crissy Field.

Volleyball started practicing during the summer for two days a week, where players ran a lot of drills, including serving, receiving, hitting and passing, according to team captain Maya Young.

“I am most excited to see how we work together because we have a mix of grade levels on our team,” Young said.

Volleyball sets off its season today against Waldorf with JV at 4 p.m. and varsity at 5 p.m. in the Herbert Center.