In the wake of the worst mass shooting in modern United States history, which injured over 500 people at the hands of one man in Las Vegas, politicians threw around the usual buzzwords — “tragedy,” “disaster,” “shocking.” It sparked a short-lived push for stricter gun control laws, but quickly faded from the public eye amid calls to be respectful to the victims.

Illustrative of the classic aftermath of mass shootings — defined by the FBI as the killing of four or more people — a tragedy occurred, the public was outraged, politicians demanded action, no legislation was passed, and everyone became complicit once more.

Lawmakers did not tighten gun control legislation after innocent children were shot while attending classes at Sandy Hook Elementary School, nor when moviegoers were gunned down during a midnight viewing of “The Dark Knight Rising” in Aurora, Colorado.

Last year saw more than one mass shooting per day, yet each was followed by the same cycle of inaction.

The Las Vegas shooter, Stephen Paddock, used 47 legally-purchased guns to injure over 500 people and kill 58. In a time when banks flag extra-large credit and debit card purchaser at Starbucks, it is unacceptable that the federal government is unaware of firearm stockpiling by people like Paddock.

The Bureau of Alcohol, Tobacco and Firearms did not receive a notification about Paddock’s multiple firearm purchases, because the guns were bought individually. The system only sends out alerts if multiple guns are purchased in one transaction.

Some say that the solution to limiting casualties during an active shooting is having “a good guy with a gun” present, but when someone is spraying bullets into a crowd, it is impossible to distinguish “the good guy” from the perpetrator.

Guitarist Caleb Keeter, who performed at the music festival in Las Vegas, has championed the right to bear arms, but had a change of heart after living through the shooting.

“We actually have members of our crew with [concealed handgun licenses], and legal firearms on the bus,” Keeter said in a post on Twitter. “They were useless. We couldn’t touch them for fear the police might think that we were part of the massacre and shoot us.”

Keeters’ biggest regret, he says, is that he did not realize the extent of America’s gun control issues until his life was threatened. He is now calling for firearm regulations.

While the Second Amendment protects “the right of the people to keep and bear arms,” it is improbable that the Founding Fathers envisioned their words justifying the purchase of semi-automatic weapons, or the deaths of hundreds of innocent people.

The Second Amendment once guaranteed citizens’ right to protect themselves, but without stricter gun control regulations, it seems that citizens may need protection from their own laws. 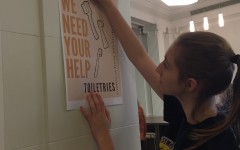 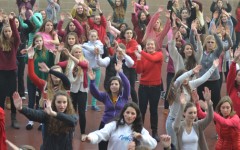