Faculty gets schooled outside the classroom 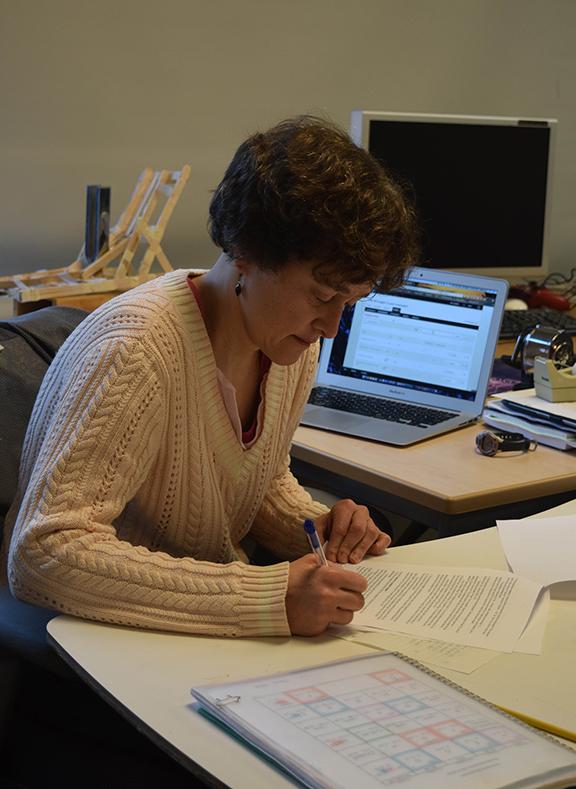 Some teachers occasionally put down their dry erase markers as they switch roles and become students themselves to further explore the subject they teach and bring new information to the classroom.

“You should be learning with the students, alongside them, rather than being the one at the front of the room telling them everything you think,” Head of School Rachel Simpson said. “That’s not what teaching is about.”

“When I came back, I pulled from it and translated it for a high school audience,” Bundang said. “Even though my formal school is finished, I still make it a point to try to nerd out when I can, going to conferences where I learn from other scholars.”

Another lifelong learner, English teacher Julia Arce, was awarded a fellowship to study Shakespeare in Oxford, England during which she visited the author’s old haunts and attended his plays.

“I teach Shakespeare, so I got to take a class and go see where he was born and the city and great live theater at his home town,” Arce said. “Since I’m a teacher, I think being a student helps me understand what it means to be a student.”

“When I come back, I have more energy, I have new material , I have different angles and hopefully a little more rigor and passion,” Arce said. “Even things I’ve read 10 times, I see new things in them and I see new applications for them.”

Arce returned from the conference excited to start teaching poetry and get every student involved in the conversations, according to junior Ally Arora, who takes Arce’s English class.

“It really makes a difference in the student-teacher relationship if they know what we are going through and know how you feel from the other side of the conversation,” Arora said.

Math teacher Jordan Lewis is currently taking six classes, which he will complete by the end of the year, to solidify his teaching degree.

“When I went back to school, I was finally back with people who cared about thinking or being smart,” Lewis said. “It was a lot more intellectually intriguing which was super fun.”

Noticing the influence of technology in the classroom, Science department chair Ray Cinti decided it was time to go back to school. He graduated in 2014 with a Master’s degree in learning with an emphasis on the digital aspects.

“Youtube, when it was first created, was all these household movies, things like cats jumping off the couch,” Cinti said. “Then I started noticing people were putting up instructional videos. I started to think, ‘Wow, this could be an amazing opportunity if I went back to school, and I learned a little bit about creating videos and harnessing technology.’ I was intrigued with flipping the class.”

Being a lifelong learner is what sets apart a good teacher from a truly great teacher, according to Simpson.

“To be a great teacher, you have to always be on that edge of your own discovery,” Simpson said. “You have to be modeling that for students. It’s about discovering and learning with your students, alongside them.”

Halie Kim and Fiona Mittelstaedt contributed to this story.