Ads not so ‘Super’ 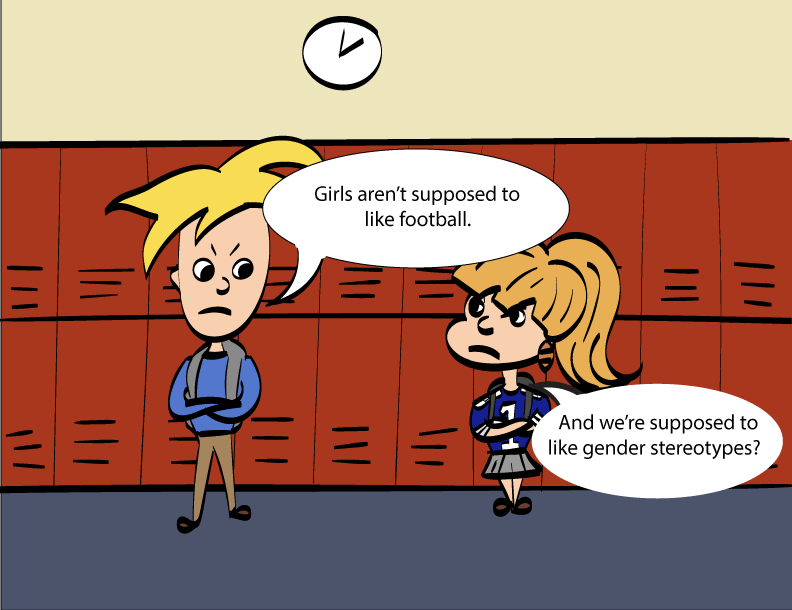 As Super Bowl 50 festivities begin in San Francisco, people all over the country are flooding to the City to take part in the excitement of the game. Although many females will watch Super Bowl 50 and other big time sporting events, male-exclusive advertisements, lack of encouragement and poor representation of female athletes in the media can be detrimental to young women and girls’ enjoyment and participation in sports activities.

Being members of an all-girls community, we are strongly encouraged to pursue all of our interests including sports, which are often a hot topic in female stereotypes. Instead of remaining solely on the sidelines and bleachers of our male counterparts’ sports games, we too are out on the courts and fields competing for the win.

But for many women throughout the country, receiving the same amount of support and encouragement can be limited.

While professional sporting events such as the Major League Baseball World Series and the National Football League Super Bowl championships dominate American households and captivate a wide range of audiences, women’s professional sports do not receive as much regard or attention.

Commercials during popular male sporting events are primarily geared toward men, depicting images of fast cars, male grooming products and beautiful women seductively eating hamburgers and other meaty foods. These images reinforce gender stereotypes and the wrongful expectation that women and girls are supposed to be only a pretty face beneath the shadow of men.

The lack of recognition in the professional sports world and the media leaves girls without many role models. This lack of athletic females causes girls to look toward images of external beauty that keep them within gender stereotypes and can harm their body image, according to the Women’s Sports Foundation.

Girls have far fewer opportunities to play sports than boys do, 1.3 million fewer than their male counterparts. As a result, girls drop out of athletics by the age of 14 at two times the rate of boys, according to WSF.

By encouraging female participation and providing opportunities for them to immerse themselves in sports, girls all across the country will come off the bleachers to get their heads in the game.