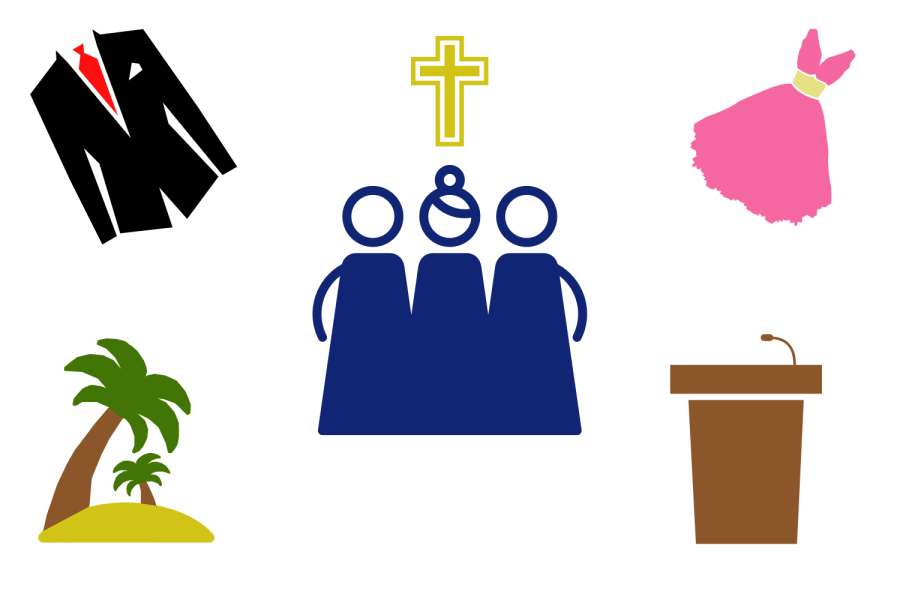 With half of the year already over, classes planned upcoming trips and events during the first class meetings of 2016.

Freshmen from CSH and SHHS met in the gym for an At the Table with Dr. King performance, which used multimedia such as acting, spoken word and song to embody the American Civil Rights Movement.

“I pretty much knew everything, but it was really awesome to hear the speeches on real recordings,” freshman Kate Etter said. “I’d never really listened to gospel music, so that was new.”

Having already seen the performance last year with the upperclassmen, sophomores met in the Den to discuss their upcoming trip to Costa Rica and details concerning packing supplies and proper attire.

“The junior Q&A was helpful because obviously the teachers let you know what you need to, but you get what it was really like and you understand what the students did,” sophomore Tess Wilmoth said.

In the Center, juniors discussed themes, food options and decorations for the Father Figure Dance on March 4, while seniors were informed on yearbook ads and prom preparations in Room 301. Twelfth graders were also given information on college transcripts and financial aid, but spent the majority of their meeting on a public speaking workshop.

The Senior Class went over TED Talks’ 20 tips for public speaking and made suggestions of their own, such as putting in jokes, using visuals, avoiding fidgeting and utilizing silence.

“There’s an expectation you’re doing a quick turnaround on public speaking, and you’re expected to do so in front of a larger audience than you may have in the past,” DeMartini Cooke said about college. “By having you practice that early, you’re better prepared for that experience, and it’s less overwhelming. That way you’re able to focus on your points and ultimately be more successful.”