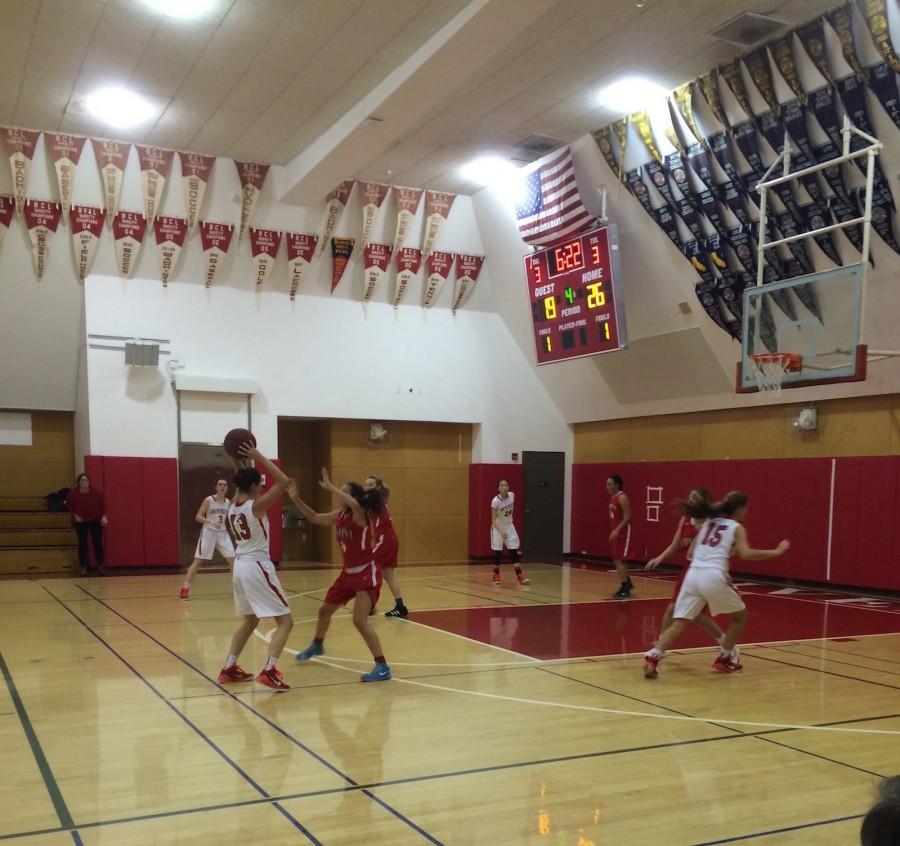 Junior Ally Arora guards the ball as a San Francisco University High School player tries to pass it to another teammate. The first game of the season was hosted by University at their home gym.

The varsity basketball team was outplayed by one of its rivals in its first league game after one undefeated tournament.

“University has been a rival since I have been here and probably way before,” Athletics Director Elena De Santis said about San Francisco University High School before the game. “I think we have a really good shot of beating them and winning our first league game.”

The players practiced over winter break and three hours a day since returning in preparation for the start of the official season, according to varsity co-captain Alex Farrán.

“We have also had joint practices with the JV team to prepare each other,” sophomore Sydney O’Neal said before the first whistle. “They are also coming to the game, so it is exciting to have fans.”

The varsity team is composed of five brand new players and five returning players, according to DeSantis.

“I think it’s a good balance,” DeSantis said. “We have a mix of new leadership, new energy and I would say we have 10 very solid players.”

The team lost 24-33 but their preseason tournament wins will be counted towards their postseason and NCS standings.

This story was edited to correct Elena De Santis’s title from Head of Athletic Department to Athletics Director.