Dinner is a meal best served with family 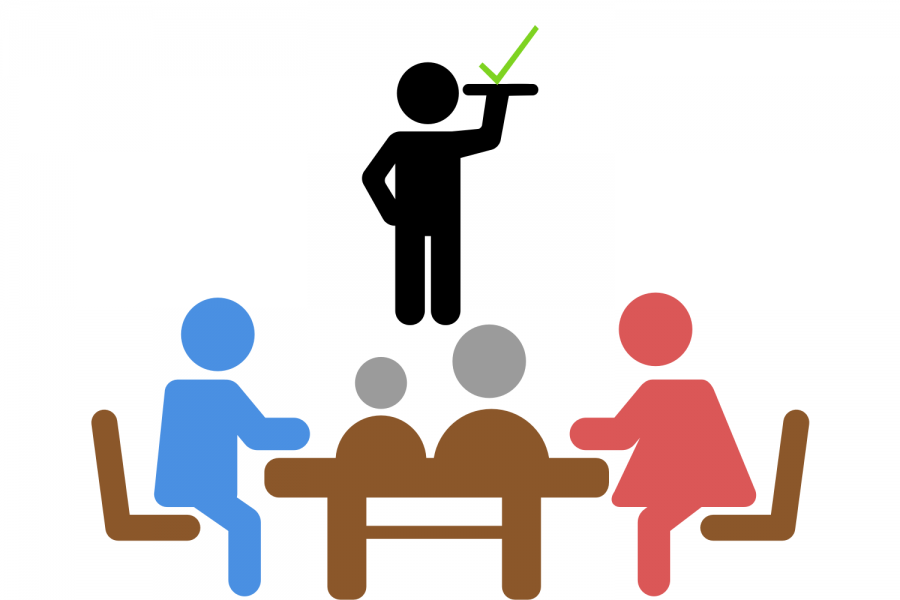 Families concerned with their children having higher grade point averages and higher self-esteem, as well as lower rates of substance abuse and depression, may be able to achieve their goals by simply sitting down together for dinner.

While difficult to organize with varying and interfering schedules, finding 15 minutes every day to catch up at the dinner table can reap benefits, according to the Family Dinner Project.

Children and adolescents who are given the opportunity to share a meal with their families are less likely to close themselves off and bottle-up emotions, according to Lovdahl.

Family meals can decrease the likelihood of depression, teen pregnancy and substance abuse, as well as improve vocabulary, according to the Family Dinner Project.

Despite having benefits, family dinners can often be hard to organize, especially with young children, according to theology teacher Paul Pryor Lorentz.

“I want my daughter to practice the impulse control of having to sit still for an occasion and practice being polite and able to enjoy food in a communal atmosphere,” Pryor Lorentz, who has a 4-year-old daughter and a 1-year-old son, said. “We really run into a wall every time we try to eat together because we’re all hungry at different times.”

The manners and conversational skills learned around the table with family can be applicable to broader contexts, according to Lovdahl.

The idea of family meals is often linked with dinner, however sitting around the table any time of day will have the same positive effects.

“We all live such busy lives that it’s hard to get us all to sit down at one place and one time,” junior Grace Apple said. “I think that family meals are important though because it’s set aside family time every day.”

The amount of time spent together— whether 15 minutes or an hour— is less important than the frequency in which family meals occur, according to Lovdahl.

“It’s sort of that regularity of knowing that you’re going to be with that group of people that you know so well and that you care about,” Lovdahl said. “There’s going to be an opportunity for a mutual check-in together.”

While adolescence can be a time in which teenagers challenge and push away from their parents, family meals are a way in which a consistent relationship can be maintained amongst family members, according to French teacher Heather Wells.

“When you get into your twenties and thirties, your parents become these really cool figures in your life,” Wells said. “If you have that background of having had these dinners together, it’s easier to transition into that new relationship as adults.”

Family dinners can help teach families how to disagree and resolve issues in a healthy manner, as they tend to talk through their problems more frequently, according to Lovdahl.

“One way to get conversation going is to literally go around the family circle at the table,” Lovdahl said. “Each person can get the chance to talk about the high point and the most challenging point of their day, the thorn and the rose.”

Family meals can also act as a necessary support system, according to Apple.

“I think it’s better to have family dinners rather than eating by myself,” Apple said. “I feel like if I just had dinner by myself I wouldn’t be as in touch with my family and what’s going on with them.”