Guardian of the front gates 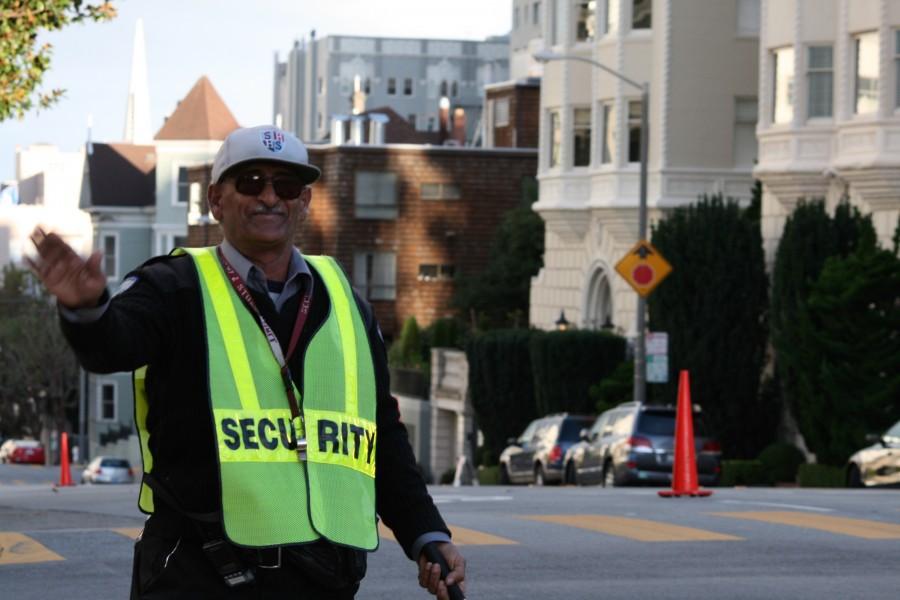 As community members walk towards the Flood Mansion doors, they see a man clad in a Stuart Hall High School cap and a neon yellow security vest — complete with a smile that has greeted the school community for 15 years.

“I just do my job,” security guard Ali Nasser said. “I try to be as kind as possible because everyone here is so awesome. I can’t say anything wrong about them.”

Nasser, known to almost everyone in the school community as Ali, moved to Deerfield, Michigan from his native country Yemen when he was 10 years old with his mother in hand to join his father who was already living there.

“Michigan’s a good city. You go there, and you get a job right away,” Ali said. “My whole family is in Michigan. My home is Michigan.”

As Ali settled in Michigan, he attended his local school.

At the age of 17, Ali returned to Yemen for a six-month stay, during which time he met and married his wife — a cultural custom that Ali followed.

Ali worked with his father at Chrysler’s manufacturing plant by the time he turned 18, his father working there for 35 years, but his own job lasting four years as an assembly line worker and later a freight driver — getting laid off amidst the Chrysler bailout of 1979.

Ali soon joined the U.S. Marines and served for about 20 years, sailing around the world to various countries, and citing Russia as the one place he has not visited.

“It was a beautiful and good life in the Marines,” Ali said. “But I did miss my family.”

Ali ended up in Long Beach, Calif. around 1995 and made his way to San Francisco where he settled with his family due to what he said was his love for the city’s diversity. He proceeded to apply for a security guard job at various high schools in the Bay Area and began working for Convent & Stuart Hall.

“He really does take his job seriously,” Stuart Hall High School senior Duncan McDonell said. “He’s going to be out there rain or shine and he has a great attitude about his job.”

McDonell developed a connection with Ali as an elementary school student at Stuart Hall for Boys, being acquainted as they talked between classes and after school.

Ali’s top priority is to protect the students and distinguishes between community members and strangers,according to front desk attendant Sandra Stapleton.

“He’s always checking that the doors are locked, always looking at his surroundings,” Stapleton said. “If someone is strange, then he will be there to check on him or her, and when I call him for help, he’s right there.”

As the last few people trickle out of the school’s buildings, Ali is said to check that every single door is locked and window is closed before he heads home.