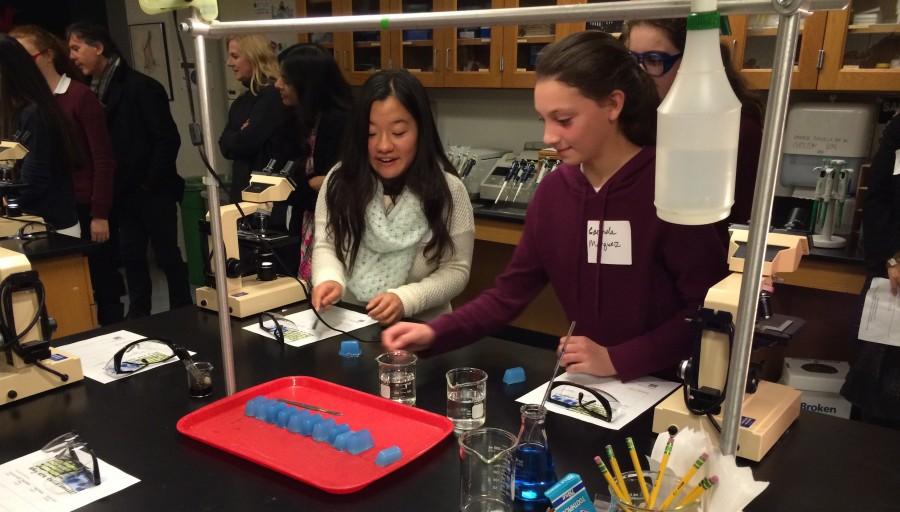 “It’s been really wonderful,” Vanessa Kainz, the parent of a student attendee said. “To be directly in the classroom and to see the campus as we’re going along has been really helpful to get a sense of the feeling here.”

The night began with an informational assembly in the Syufy Theatre, followed by walk through tours of various classes set up in the Flood Mansion and Siboni.

Siboni was dedicated to the Math and Science departments, giving information and performing experiments to introduce students to the classes, while the Main Hall held the Language department and elective classes. The Theology, History and Literature departments occupied the second and third floors of the Flood Mansion.

“It’s great because it shows us as a very tight community and it brings everybody together,” Spanish and French teacher Pascal Parra said. “We’re about our community, and we do a very good job at presenting that.”

Changes were made to this year’s Evening School program including the entire Language department’s move to the Main Hall instead of their regular teaching spaces.

“For the Language department, it’s changed in that we no longer get to show our craft and teach a class like we did in previous years,” Parra said.