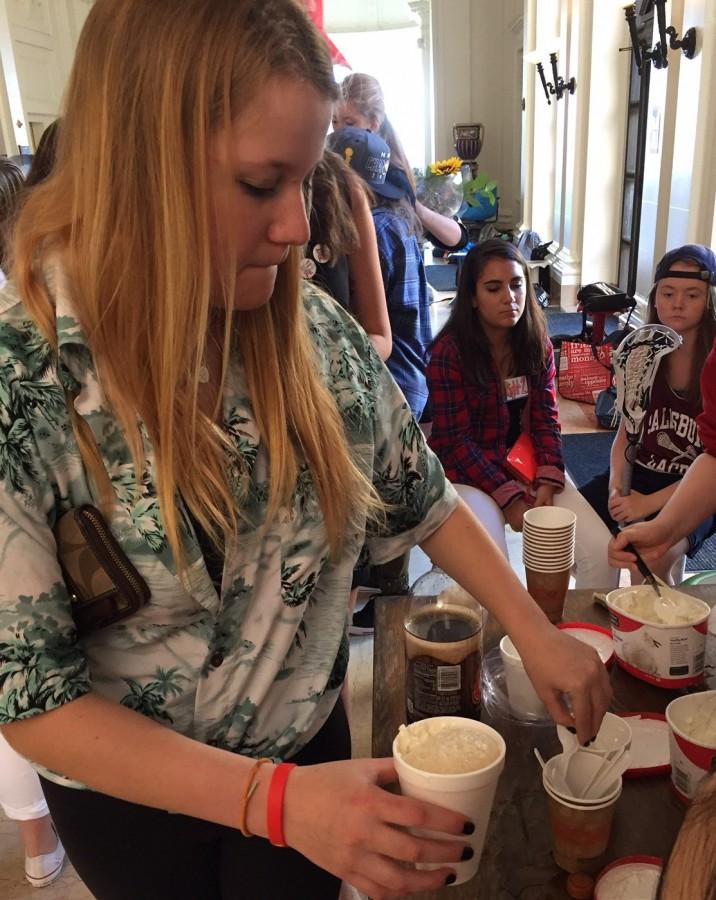 Sophomore Natalie Scheele grabs a spoon after buying a root beer float. Hot chocolate, donuts and pizza were also sold during the week.

Clad in costumes from head to toe, freshmen through seniors gathered in the Little Theater to celebrate Halloween today.

“I found it really exciting to see all the people’s costumes, the way they put it all together, and it seemed like they put effort into every costume,” sophomore Marguerite Williamson said. “I’ve been to a lot of schools where Halloween celebrations aren’t very good.”

Students as well as teachers wore their costumes all day and were given the opportunity to show them off during a costume parade.

“I liked Halloween and Pajama Day was fun,” freshman Worth Taylor said. “I found it very fun to see everyone’s costumes and to present your costume to other people so that people knew who you were.”

“I had a lot to do during lunch this week, so I didn’t have time to buy food but I was definitely planning to buy stuff,” junior Kayla Man said.

“I haven’t been in a haunted house since I was a little kid,” Williamson said. “This would be a good place to go to another one.”