Anticipation was built as the varsity volleyball team promoted their senior night. 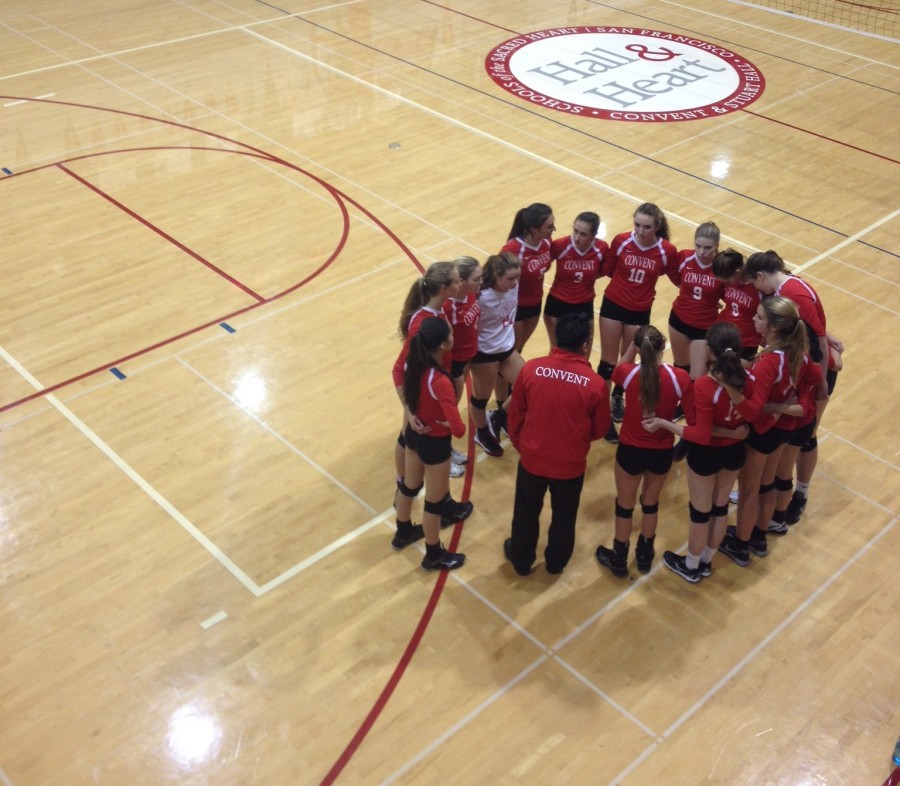 The varsity volleyball team huddles up before the game begins. The game was played against Marin Academy.

Senior year is a time full of endings, and senior night athletic celebrations recognize the dedication of the athletes to their sport and to the school.

Senior night games are the last home games of the season, and are a tradition in high schools and colleges alike, according to senior Audrey Brooke.

“The younger girls on the team, in our case freshmen and juniors, plan the whole event,” Cinti said. “We don’t know what they are going to do for us, which makes the whole thing a very special surprise.”

Members of the team created a promotional video for the game, which they shared at the school-wide assembly yesterday. It featured each of the seniors, and some of their best moments in practice and in competition.

“In the past, the younger players have gotten the seniors gifts, cards and flowers or made them posters,” Brooke said. “Then it’s just a regular game, and we play our hardest.”

The senior night volleyball game will take place tonight at home, versus Marin Academy. The seniors on the varsity volleyball team will be honored before the game with flowers and special recognition from other players, parents and coaches.

“Everybody really needs to come out and support the team,” senior Isabella Bowen said at assembly. “We have worked really hard as a team over the past few years, and we want everyone to see that.”