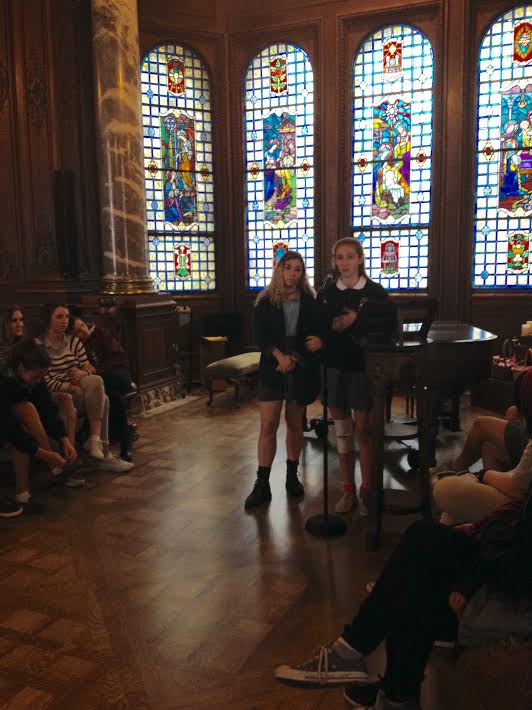 Although wearing the “Women’s Sacajawea Indian Maiden Costume” may seem harmless on Halloween, the National Honors Society is bringing awareness about cultural appropriation during this time.

“The thing that frustrates me is that you can’t put people’s identities on as a costume,” Greenhill said. “To dress up as someone, transgender for example, you are disregarding the suffering they go through.”

Caitlyn Jenner’s Vanity Fair magazine cover picture has become a trending costume idea this year, creating controversy about how far a joke can go in the LGBT community.

“I’m in on the joke,” Caitlyn Jenner said in an interview with TODAY’s Matt Lauer. “No, I don’t think it’s offensive at all. I know the community does, and they’ve gotten a lot of criticism for doing it. I think it’s great. You’ve got to enjoy life. Life’s too short. I can’t get too upset about that type of stuff.”

However, the presentation brought awareness to the commercialization of cultures as costumes and to take others into consideration when dressing up.

“It was more directed at people than a general statement, but I feel like it was a good message,” senior Sarah McCarthy said. “People need to be aware of cultural appropriation.“

Reminding students of the impact of what they wear has on different groups of people is important this Halloween, according to Greenhill.

“I don’t want to say what to do and what not to do, but make sure that costumes aren’t taking anything from a culture or ethnicity in an inappropriate way,” Greenhill said. “If you are dressing up as a specific identity, nationality, ethnicity, sexuality, remember to be respectful and think about what you wear.”