Local business comes to an end, though a new one is on the way. 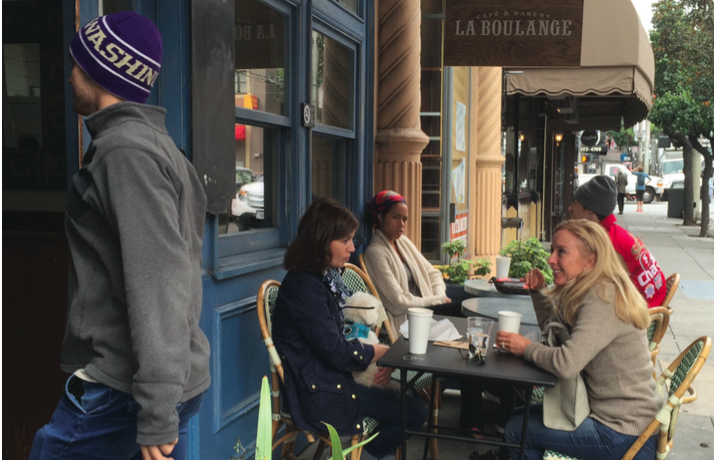 Customers spend the last hours at La Boulange, Fillmore Street before its closing on September 17. Inside, customers were given gift bags with an assortment of products thanking them for their 19 years of support.

“I am very excited,” sophomore Annie Macken said. “I love La Boulange and am excited to see what this new chain turns out to be.”

Starbucks continues to sell La Boulange products in stores in the United States and Canada despite the closure of all its restaurant locations.

The parent company decided La Boulange locations could not sustain themselves for long-term growth, according to a Starbucks press release.

“As Starbucks stays steadfast in its commitment to achieve long-term growth targets enterprise-wide, it is with careful consideration the company shares the difficult decision to close all 23 La Boulange retail locations,” Starbucks said in a press release.

Company representatives otherwise declined to comment on the record.

It is not yet known if former employees will be rehired.

“I’ve gotten to meet a ton of great people. The customers here are amazing,” Joseph Prateepmanovong, general manager of the Fillmore Street location, said. “I see a lot of the same faces everyday.”

Pascal Rigo, founder of La Boulange, worked for Starbucks after he sold the franchise in 2012 and became the Senior Vice President of Starbucks North America’s food category.

La Boulange first opened in 1996 on Pine Street, expanding to 22 locations around the Bay Area. The cafes began shutting down on Aug. 28 and continued through Sept. 18 with the closure of the Hayes Valley, Pacific Heights on Pine Street, Yerba Buena and Cole Valley locations.

“As soon as they open I want to take my classes so we can go and enjoy it,” French teacher Heather Wells said. “It’s nice to have a place like that where I can bring the culture to them a little bit.”

“It’s an important addition to French culture in the Bay Area,” Wells said. “There’s a huge interest in the food and I think that people really love engaging in that culture on a day to day basis.”