Agustina Huneeus is spending the her first semester at Sagrado Corazon, a Sacred Heart school in Barcelona. 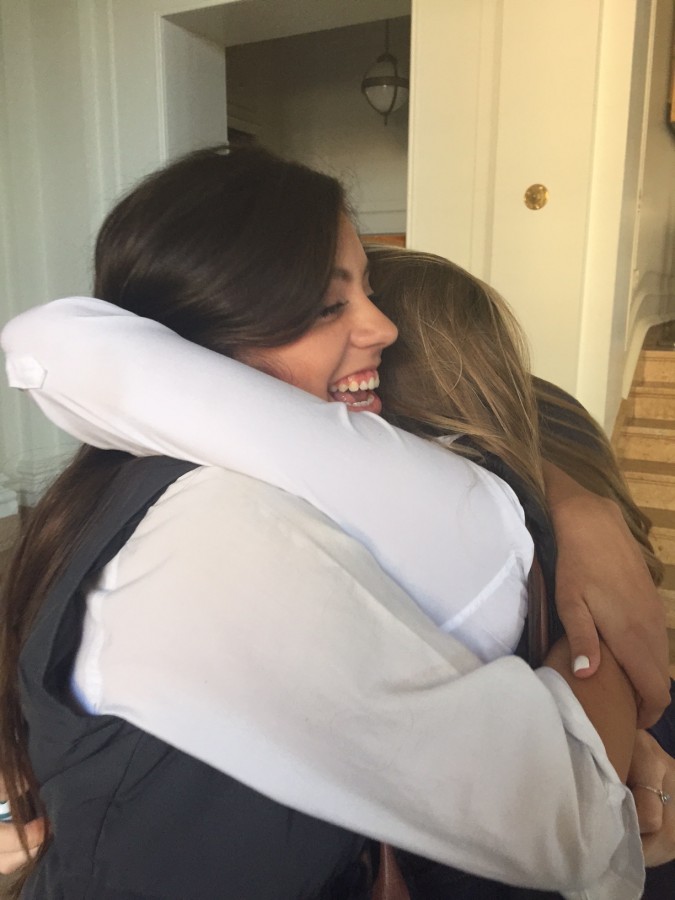 A student from the sophomore class traveled to Spain on Friday where she will be spending the rest of the semester as part of the Sacred Heart Exchange Program.

“I mainly hope for my language to grow as a bilingual speaker,” Huneeus said. “I really want to just meet people and have life long friends that can always share this experience with me.”

Huneeus will attend Sagrado Corazón, one of the Sacred Heart schools in Spain.

Exchanges are usually only one to three weeks, not a semester— according to Devin DeMartini-Cooke, Director of Student Life.

“It’s such a great opportunity that the network provides,” junior Bella Kearney, who traveled to Sydney, Australia as part of the exchange program during her sophomore year, said. “Not only was it cool to go to Sydney, but it was cool to bring her here and just show her San Francisco.”

During eighth grade, Huneeus attended a school for two months in Chile. She chose to go to Europe instead of returning to South America for her time abroad in high school.

“The school in Chile was a lot more strict,” Huneeus said. “I really didn’t like it, but I am excited for the school in Barcelona because my whole family is in Chile and in Barcelona I have no family, so it’ll definitely be a very different experience because I will be alone.”

As part of the exchange program, Huneeus is staying with a host family. Exchange student Bea Ros will join Convent this semester, according to Huneeus.

Huneeus left on Monday, but is unsure of her return date.

“My school ends December 6, so it depends if I want to leave right after school or if my family wants to have Christmas in Europe,” Huneeus said, referring to Sagrado Corazón.

Huneeus is taking all of her exchange classes in Spanish, one of the reasons why she chose to go to Barcelona, according to Huneeus.

“I may not be advancing that much in history or math, but I will definitely be advancing in Spanish,” Huneeus said. “Even if I don’t learn as much academically as I thought I would, I’m still going to grow from the experience.”