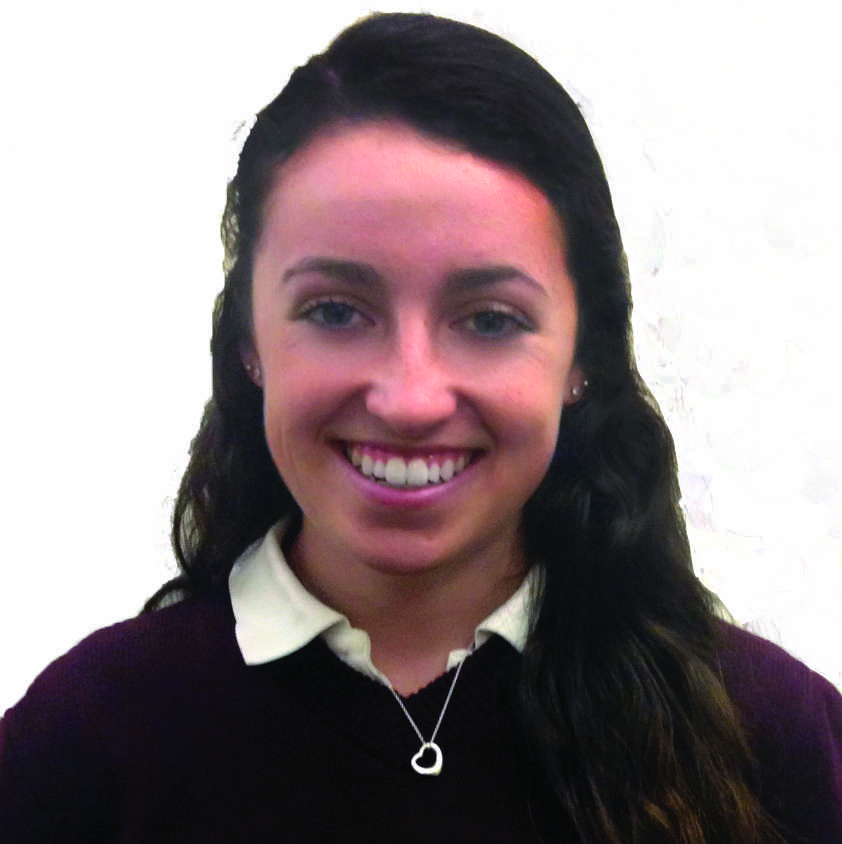 Sprinting to the finish and passing the cheering parents and team members on the sideline always sparks my competitive side, which is why I joined the cross-country team freshman year.

To my surprise, the coed team was almost entirely made up of boys. I found their physical strength intimidating, and as I kept telling myself since they were boys, they were naturally going to be faster than me. This only led to making me anxious.

The Convent and Stuart Hall cross-country teams are separate teams that practice together, which joins lanky, muscular, towering boys with the girls team on the Marina Green.

Practices were harder than I was used to; my endurance was constantly low, and I always felt fatigued — a sensation I was not used to from years of competing on the nine-girl CES team.

Although I felt that I had the ability to perform to my fullest potential and place well, the boys were always ahead of me. As the distance grew between the last boy to cross the line who was at least 150 meters ahead of me, my confidence began to diminish.

My image of myself as a strong athlete quickly deteriorated and I felt defeated, incapable, and more than anything, I wanted to give up.

Determined to prove myself wrong, I persevered, tried harder at practice and pushed myself out of my comfort zone, exerting more energy than I had ever done before.

I soon realized that because I was working harder than ever, my times were getting faster.

After a deep swoop of soreness and non-stop pain for about a week, I was able to endure much more challenging practices, courses and longer distances.

When I went out for the first all-girls race of the season, I hadn’t realized my potential and how much I had improved.

The boys made me work harder, complain less, and run faster. I set a personal record for that course, and surprisingly did not feel tired after the race. I knew that my abilities had undergone a drastic change for the better.

This spring I joined the coed track and field team, but this time, I was prepared to work at the level of the boys and quite literally, go the extra mile.

As my junior year and six seasons of coed sports is coming to a close, I have learned that without a pushing force behind me, I do not know what my fullest potential can be.

The boys on my team encouraged me to work harder, which set my motivation on an uphill climb, and taught me an important lesson; the value of competitive encouragement.

To persevere, even when faced with a greater challenge than thought possible to handle, is what proves to show that hard work and confidence in oneself ultimately will pay off in the “long run.”