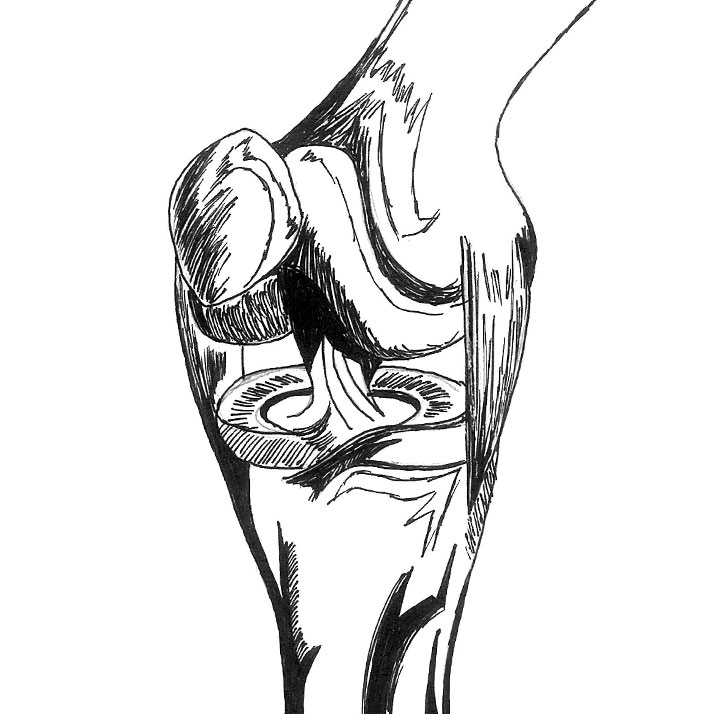 Sophomore Sarah Bloch was making a routine play during a JV soccer match when an injury ended her season.

“I was passing the ball when I bent [my knee] and it twisted outwards,” Bloch said. “I heard a pop and it really hurt. I had to be helped off the field.”

Bloch tore her anterior cruciate ligament ACL, one of the two rings of tissue connecting the femur to the tibia that crosses in the middle of the knee and helps to support it.

“I can’t do any sports other than light swimming and biking,” junior Isabella Borges, who tore her ACL right before North Coast Section basketball playoffs this year, said. “I used play basketball everyday, but I couldn’t even run after tearing my ACL.”

The ACL is one the most commonly injured ligaments of the knee and may result from non-contact injury, such as landing awkwardly, according to UCSF Medical Center. The risk of ACL injury is highest in sports requiring pivoting, jumping, cutting or a rapid change of direction, like in soccer, basket- ball, volleyball and gymnastics.

Females are more vulnerable to non-contact ACL injuries than males because females have smaller ACLs, wider pelvises, more flexible ligaments, and slower reflex times, according to The Hughston Clinic.

Both Borges and Bloch had surgery to replace the torn ligament with a piece of tendon from another part of her leg. The injury requires nine months to one year to fully heal.

“My knee is still weaker than the other one,” Bloch said. “It needs more muscle, even if I am fully recovered. After the surgery, my right leg was skinny and weak, so I had to build more strength into it through physical therapy, which consists of leg crunches, squats, jumping and leg lifts for 5-10 minutes every day.”

Physical therapy after an ACL joint repair surgery is critical to restore normal range of motion, strength, coordination and balance, according to Mindy Marantz, director of Healthwell Physical Therapy Group. Patients are generally about 60-80 percent normal in 3 to 6 months after an ACL repair and rehabilitation.

“A person undergoes physical therapy to restore normal function,” Marantz, said. “You can put a new hinge on a door, and you might have done a great job at the carpentry, but if the door doesn’t close to keep out the cold, then it doesn’t matter how good the hinge is, the door is considered non-functional. The rehab is really as important as the surgery, just a different element of the recovery process, and often the more challenging
aspect.”

“Girls grow up playing one sport, so only muscles that are used in the sport are developed,” varsity soccer coach Anne Guina, who was part of the National Soccer Coaches Association of America All-American First Team while playing soccer in college, said. “They have to develop a variety of muscles to prevent injuries.”

Guina has the varsity soccer team warm up by jogging, ballistic stretching, static stretching and passing the ball using several surfaces of their feet, legs, chest and head so the muscles warm before being stretched in order to prevent injury.