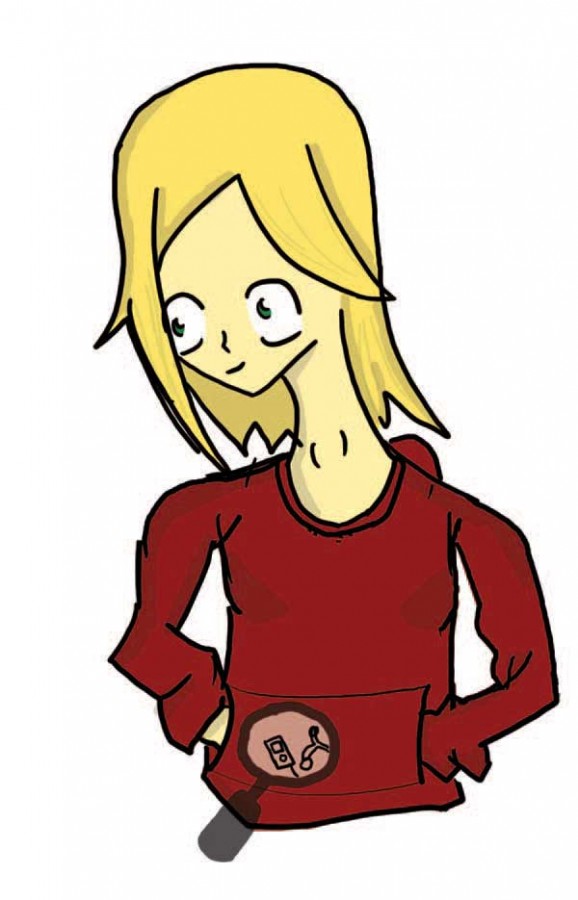 Senior Xan Saborit was on the 22 Fillmore bus one afternoon heading back to school. Sitting near the back exit, she watched as two men got on. One sat down at a seat across from her. The other stood. Both watched her, eying the iPod in her hand.

“When the bus stopped, the guy sitting nodded to the guy standing,” said Saborit. “One of them grabbed it right out of my hand. I pulled back for a minute, but wasn’t sure what they would do to me.”

They took the iPod, with little resistance. Other people on the bus did nothing to help.

“I was upset,” said Saborit. “I was in a state of shock, but what surprised me the most is that no one did anything.”

San Francisco is one of the safest tourist cities in the world, according to Lyn Tomioka, Public Information Officer for the San Francisco Police Department, but locals and visitors should still be cautious and careful wherever they are.

“Crime and criminals can be found anywhere, even in broad daylight,” said Tomioka, former patrol supervisor of the Richmond District. “The best thing to do is travel with people you know and trust. Safety is in numbers.”

Looking over strangers and knowing the area are crucial to staying prepared and aware of suspicious activity in any environment.

“Make a practice of looking at people up and down,” said Tomioka. “If you talk to strangers, remember what they look like — height, weight, mole, scar. We always tell our officers it’s better to be a good witness than an officer that doesn’t get a lot of action on duty.”

Students should act no differently

well known for suspicious activity or walking around “safer” neighborhoods.

“Know your surroundings, walk with friends when you can, and don’t go around flashing iPods and laptops,” said School Resource Officer Tom Deely.
At some point in life, most people are going to be victims, according to Tomioka.

“We all want to stand up for ourselves, but don’t let that moment cost you your life,” said Tomioka. “Whatever they want, give it to them. It can be replaced. Human life cannot be replaced.”
Crime, however, cannot be predicted. Rates go up and down in a cycle but are not easily controlled, according to Tomioka. Students who take the bus or walk to school should watch for crime, but should also know that they are being watched and protected.

“When you’re on the bus late at night, people are always looking at you and I feel defensive because it seems like the police are never there,” said junior Qiyamah Hameed.
There are also plain-clothes officers around the city to watch for pick-pockets and Muni is equipped with video cameras, according to Tomioka.

“We don’t tell you things to make you hypersensitive,” said Tomioka. “You have a little freedom as a teenager, but teenagers forget their parents were teens too. They’re not nagging when they say ‘Have fun but, be careful’.”

The most dangerous mistake high school students make is not looking both ways before they cross the street, according to Tomioka.

“You think the driver sees you,” said Tomioka. “You forget people may be distracted or might sneeze while they’re driving. Pedestrians may have the right of way, but unfortunately that’s not always the case. Always try and make eye contact when crossing.”

Last year, a ban on iPods, cell phones and MP3 players on crosswalks was proposed in New York City due to multiple deaths by car accidents. Pedestrians in big cities should be wary of texting or talking when crossing the street.

Practicing common sense and staying aware are the surest ways to stay safe.

“Don’t go jogging at 10 anywhere,” said Tomioka. “At 10 at — night male or female — it is not safe to be out alone. If you’re with people, it’s better if you know them. That’s just common sense.”
Xan chose not fight the two men. She let them take her iPod.

“I’m glad I did what I did,” said Saborit. “Who knows what they would have done to me?”