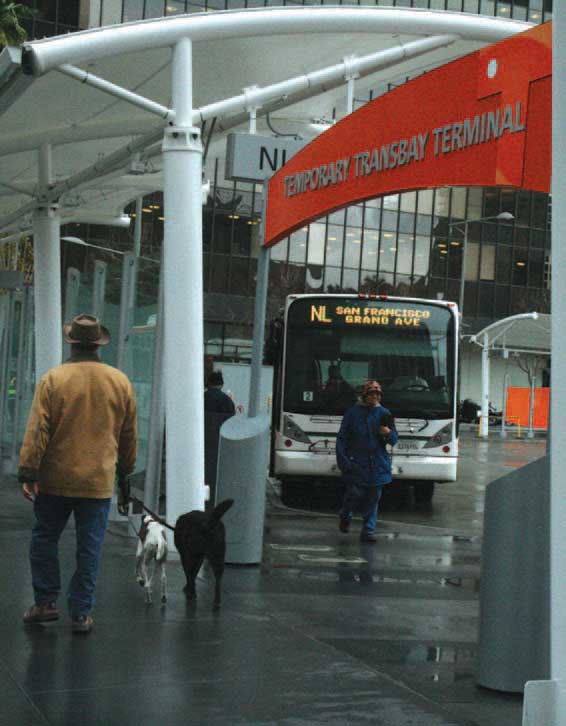 Construction on a $4 million project to rebuild the Transbay Terminal and update Bay Area public transportation is projected to be completed in 2018 — extending Caltrain and California high-speed rail underground and revitalizing the area downtown bound by Mission, Main, Folsom, and Second Streets, where the terminal will be located.

The old Transbay Terminal was designed to connect San Francisco to the East Bay — however, even students who commute from the East Bay find little use for it.

“I take BART to school from the East Bay, but have never used the Transbay Terminal,” senior Ronella Rosenberg said. “In fact I don’t even really know what it is.”

Studentwts say they know very little about the updates being made to the terminal, despite the impact the new terminal will have on residents of San Francisco.

“I know the city is planning a new Transbay Terminal, but I am not entirely sure what all the services offered will be,” senior Juliet Charnas said.

Although few students are fully aware what services the update will offer, the ones who know about it say they are optimistic about the proposed project.

“I would definitely use the new terminal, because the services that are being added — especially the high-speed rail — sound really convenient.” Rosenberg said.

“I am particularly excited about being able to travel to Los Angeles in only two and a half hours without having to pay for an airplane ticket,” Charnas said.

Senior Kristy Harty-Connell also says the high-speed rail connecting Northern California and Southern is the update she is most exited about.

“While the other services will definitely be helpful, I think the high-speed rail to Southern California is what I am the most excited to use,” Harty-Connell said. “It is a service that should have been available long ago.”

The new Transbay Terminal is an expensive project for California’s current economy.

“I’m not sure whether or not California can afford that kind of a project at the moment, but I think the benefits the terminal will bring are worth the cost,” senior Shannon Smith said.

The project will attempt to make public transportation a convenient and accessible option for those in the Bay Area, accommodating 45 million people a year, according to transbaycenter.org.

“I never used the old Transbay Terminal because I didn’t really have a need for it,” Charnas said. “However, the new project sounds like it will be more useful, making public transportation in San Francisco easier to use than before.”