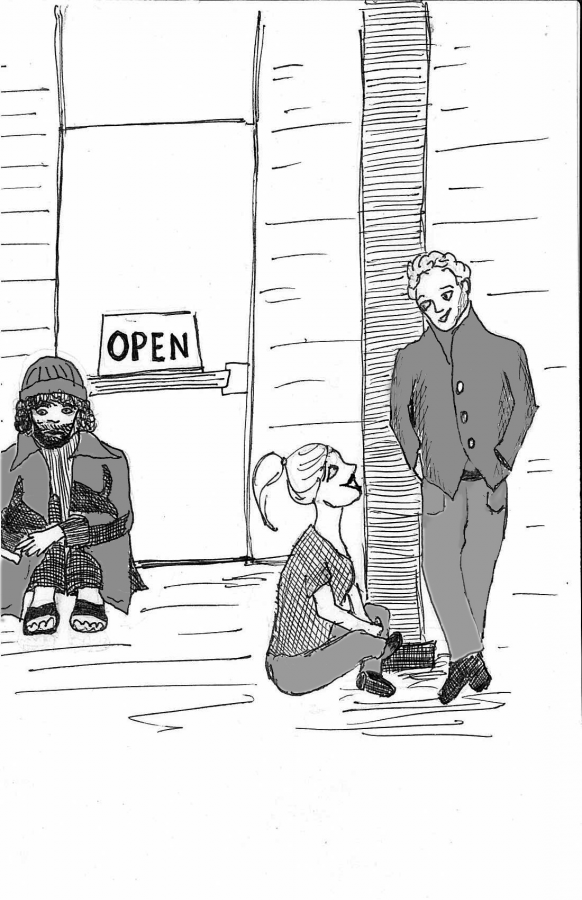 Garish Victorian houses lined up along the chalk-etched sidewalks and psychedelic-tiled boutiques of Haight Street draw visitors into a time-warp of the ’70s with bead doors and tiger-striped leather pants. Groups of people frequently lounge on the sidewalks of this neighborhood, yet a proposal for a new Sit/Lie law could crush the laid-back atmosphere.

“There were many complaints from the business owners, merchants and residents of the Haight, Ashbury neighborhood,” SFPD captain Greg Corrales of the Mission district station said. “They were upset with the uncivil and rude behavior of the homeless populating the sidewalks of the commercial corridor.”

Proposition L, known as the “Sit/ Lie” law, will make sitting or lying down on a public sidewalk a criminal act from 7 a.m. to 11 p.m. if it is passed.

The Sit/Lie law prevents people from lounging on sidewalks during the day. The law would also obstruct people from sitting on the sidewalk in front of their own homes.

The Haight has more than its fair share of homeless people, and graffiti as locals in the Haight such as resident and retail business owner Praven Madan describes, but he says most of the people are harmless. In the three years Praven has owned a retail bookstore on Haight Street, he hasn’t had a single incident where a homeless person has compromised the safety of anyone related to the business.

Accusing sidewalk loiterers of public disturbances due to an anti sit/lie law is unreasonable and organizations such as Sidewalks Are for People and POOR Magazine have witnessed unfair acts in the Haight-Ashbury district, where people get into disputes with the authorities due to loitering.

“Sidewalks Are for People is about public space in San Francisco,” Andy Blue, organizer of Sidewalks Are for People said. “Everyone sits on the sidewalks — high school kids, tourists and other urban dwellers. There are many other problems that need to be addressed in the city such as poverty and homelessness, but this Sit/Lie law is not the proper way of addressing those situations.”

On any given day police officers count over 50 people sitting on the sidewalks of Haight Street between Masonic Avenue and Stanyan Street — both homeowners and homeless.

“Let’s be real, if you are a yuppie sitting in a concert in Golden Gate park, ain’t no police is going to come around and give you a citation,” Gray-Garcia, co-founder of POOR Magazine said. “On the other hand, if you are a homeless elder with a mental disability sitting on the sidewalk in a neighborhood where someone does not want you to be, they would be arrested and cited under the sit/lie law.”

San Francisco doesn’t need a law that targets the homeless, day laborers and youth. Any law that criminalises people in the community is morally reprehensible and contrary to the spirit of sanctuary in San Francisco.