Students and family gather to learn about women in antiquity 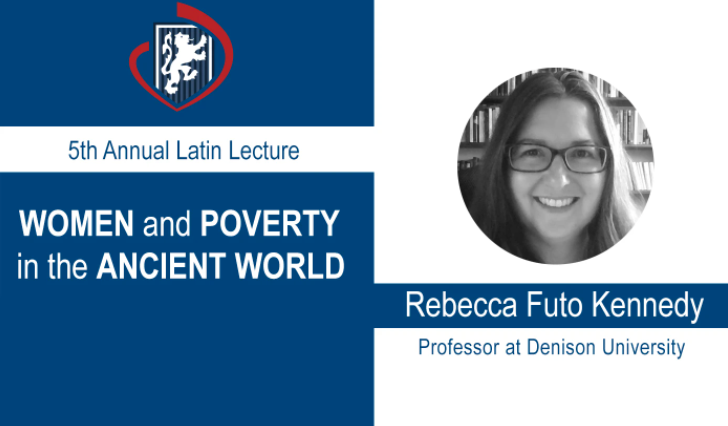 The lecture was open to 7th to 12th grade students and their families. It was hosted in the Little Theater from 6:10 p.m. to 7 p.m. with a short question and answer section afterward.

“I really enjoyed this talk because the way she presented was so engaging,” freshman Caroline Runneboom said. “I liked how she connected her topics about the ancient world to the modern world as well.”

Every year, Latin teacher Dr. David Jacobson invites a university professor to hold a dialogue with the Latin students. In the presentation, professors are invited to discuss a topic related to either race or power in the ancient world.

“I invited Professor Kennedy to campus this year because she is an exceptional scholar with a rare breadth of knowledge about Greco-Roman antiquity,” Jacobson said. “Her scholarship covers an absurdly wide range of areas and, in recent years, has become more focused on both race and women in the ancient world.”

Professor Kennedy is an associate professor of Classical Studies at Denison University in Ohio. Her research and teaching focus on democracy, citizenship and immigration and how all of these topics intersect with ethnicity, gender and race.

“I thought the lecture was very informative and I learned some very fascinating things,” sophomore Scarlett Farr said. “The way that archaeology connects to the social status of a person was something I have never heard before.”

In last year’s lecture, professor Curtis Dozier explored the topic of how hate groups appropriate Greco-Roman Antiquity in modern culture. He is an assistant professor of Greek and Roman studies at Vassar College.

Kennedy has a bachelor’s degree in classical studies from the University of California at San Diego. She also has a PhD and master’s degree in Greek and Latin languages from Ohio State University.

“I liked that Professor Kennedy covered so many different aspects of the ancient world in one talk,” Runneboom said. “It was really interesting to learn more about things that we have covered in our history class.”