TikTokers are briefed about Ukraine 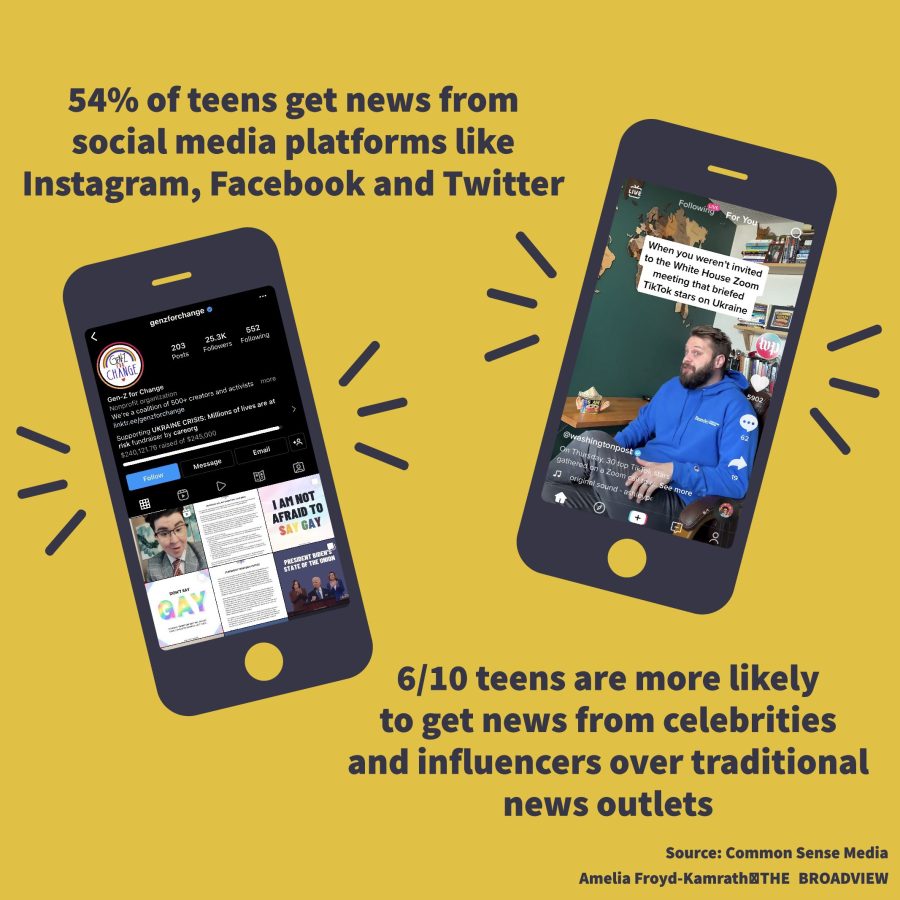 30 TikTok influencers were briefed by White House press secretary Jen Psaki as well as National Security Council staffers about the situation in Ukraine on March 10.

The briefing was geared primarily towards influencers on the app who are politically active and have been making news more accessible. Since it’s easy to use and issues are often explained in a way attuned for teenagers, it’s easy and convenient to use TikTok as a major source of news according to junior Isabella Mercado.

“It’s hard to keep up with the news sometimes because it can be a lot of work when I just want the gist of something,” Mercado said. “Having it on TikTok right in front of you, helping you learn about social movements and politics is simple and easy and that’s why so many people get news there.”

The meeting was helped set up by Gen-Z for Change, a nonprofit organization created during the 2020 presidential election. However, after its initial success, the group of TikTokers decided to expand the group to cover a variety of issues and they now have approximately 1.4 million followers and a total of 47.2 million likes on their TikTok content alone.

The briefing was run by Psaki and Matt Miller, a special adviser for communications at the White House National Security Council. In a recording of the meeting those in the administration voiced their support of these influencers and the power they have to invoke awareness.

“I think it can be a good tool, however more often than not people get in the habit of very short sound bites,” Global Politics teacher Martin Jorgenson said. “From a U.S. administration perspective, giving people who are listened to by other people, information about these topics that they may not necessarily have any prior background in is a good opportunity to learn and have less misinformation.”

Around 54% of teens are likely to at least be receiving some of their news from social media platforms like Instagram, Twitter or Facebook, according to a poll taken by Common Sense Media in 2019. Many news outlets have raised concerns about getting news from TikTok without fact checking due to an increase in propaganda videos put out by Russian influencers according to Vice News.

“Normally for news I’ll look at places like the New York Time or The Wall Street Journal because I know they are reliable,” sophomore Amelia Batt said. “But fact checking is important for places where you don’t automatically know if something is true, you just have to check that influencers have correct information.”

Tiktok also announced that as of Thursday the platform will be labeling state controlled media on the app. This will continue to help political moderate content on the app as it continues to grow.

“I think it’s good that the administration is recognizing how important this is and didn’t brush over it because it mostly affects younger generations,” Mercado said. “If this is a way that they can get news and know that it’s reliable then I think it’s great.”