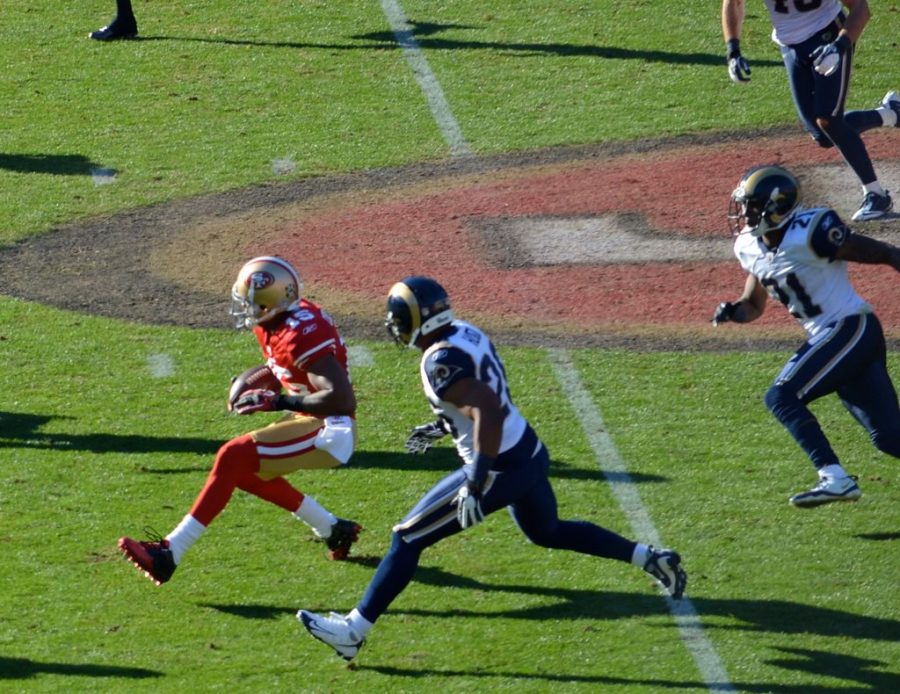 The San Francisco 49ers lost on Sunday to the Los Angeles Rams in the NFC championship game. The last time the Niners won a Super Bowl was in 1995.

“The game on Sunday was so crazy and that interception was insane,” freshman Chiara Zeppa said. “I am honestly a little disappointed in the 49ers, but I still think they’re a great team and can bounce back.”

The 49ers advanced to the NFC championship after a win against the Green Bay Packers on Jan. 22, while the Rams had entered the game with a losing streak of six games. About 65% of the fans at the Los Angeles hosted game reported that they were rooting for the 49ers, according to The Sporting News.

“Sunday’s game was really exciting and fun to watch with my family,” junior Melanie Koch said. “While the way it unfolded was unfortunate, I am still super happy with how far the niners have come this season and I hope we can keep this momentum for next season.”

At the end of the third quarter, the 49ers were leading by 10 points. The Rams scored a touchdown in the fourth quarter pushing the score in their favor at 17-14. The Ram’s placekicker, Matt Gay, then scored a 30-yard field goal, taking the lead and securing their spot in Super Bowl LVI.

“It was a tough way to lose because we had some chances to win,” physics teacher Liam Carey said. “They have a really good offense and the Niners played well. They were fortunate to have gotten as far as they did.”

The Super Bowl LVI will be taking place at the SoFi stadium on Feb. 13. The Rams will play the Cincinnati Bengals, who haven’t played in the Super Bowl since 1989.

“I think we all wish the Niners could have made it to the Super Bowl,” Zeppa said. “Hopefully they will redeem themselves and make it next year.”