Students reflect on importance of clubs 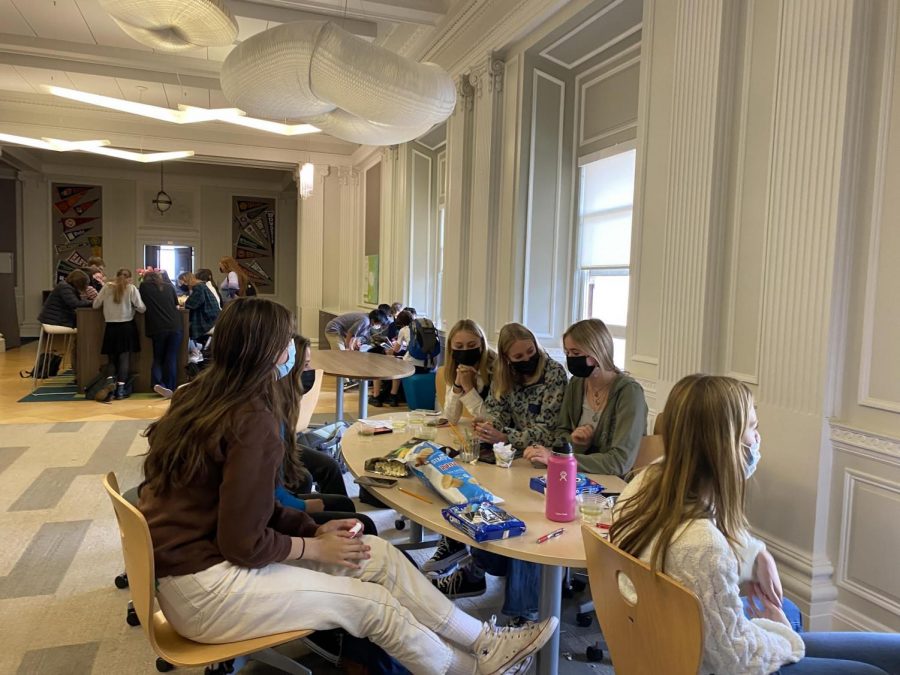 The Peer Health club meets in the gallery during the community block. This is the second year that the club has been in session.

WEB EXCLUSIVE Club leaders had the chance to organize meetings after chapel today as students joined new and pre-existing clubs.

“Clubs allow me to follow my interests, and become friends with people that share those interests,” sophomore Calista Peta said. “Being a part of Eco-friends and Model United Nations help me learn about new things.”

There are currently 33 clubs, 13 of which are new to the community this year, including the Book Club and the Social Justice Literary Club. But, some clubs have been part of the community for multiple years such as the Eco-friends Club, the Sports Medicine Club and the Cabaret Club.

“Students have the ability to pursue their interests outside of the classroom and do so at their own pace and direction,” History and Social Sciences teacher Martin Jorgensen said. “As a club sponsor, I provide the space and framework, but the idea is that it is student-led.”

The club fair, which was hosted on Sept. 16, gave a chance for students to visit different clubs and learn about them by asking club leaders questions and signing up if interested.

“I love the clubs here, they are such a great way to create bonds and friendships,” junior Noor El Qadah said. “It is honestly just a meaningful way to reconnect with my friends from other classes and meet new people.”

To join a club simply reach out to the club leaders and to start a club contact Community Life Chair, Paul Prior-Lorentz, at paul.lorentz@sacredsf.org.

“I am in Model UN and to join, I emailed the club leader and then went to the club fair to get some more information,” Peta said. “They gave a small presentation which sparked my interest and I decided it was something I wanted to pursue and I have really enjoyed it so far.”