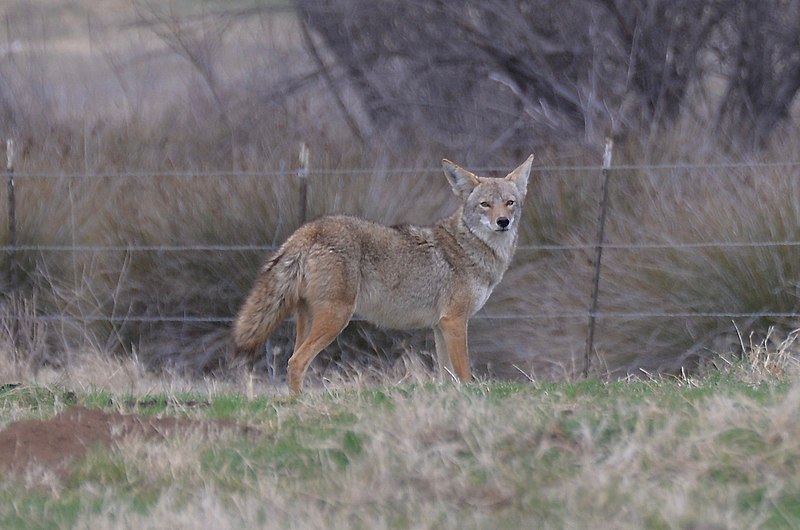 On average, coyotes in captivity can live for roughly 13-15 years, but in the wild, most will die before they reach three years of age. Coyote attacks on civilians are generally very rare, one is more likely to be killed or injured by an errant golf ball than this species.

WEB EXCLUSIVE | Over the past few months, San Francisco and the Bay Area have experienced a surge in coyote sightings and attacks.

Coyotes commonly threaten dogs but are also dangerous to humans. The species is gradually becoming more accustomed to humans and their environment, thus prompting more aggression.

“The coyotes I’ve seen have seemed to be interested in smaller dogs,” junior Mia Baroni said. “I see people posting about their small dogs being attacked in Golden Gate Park a lot, which worries me.”

San Francisco Animal Care & Control urges individuals to keep dogs on leashes and avoid illegally feeding coyotes. In July of this year, a coyote that had been repeatedly fed by humans had to be removed from Golden Gate Park after attacking several toddlers according to the San Francisco Parks & Recreation Service.

“Public safety is of the utmost importance to our agency,” Executive Director of SFACC Virginia Donohue said in a press release in late July.  “It saddens us that this outcome was 100% caused by humans feeding and befriending this animal. We implore people to stop feeding wild animals.”

In the past, coyote attacks on humans were uncommon and rarely caused serious injuries. However, in the years leading up to March of 2006, at least 160 attacks occurred in the United States, most of which have been in California, according to The Project Coyote Organization.

“I feel lucky that I have never had a negative experience with coyotes or other wildlife in San Francisco,” junior Isabella Infosino said. “I have never seen them in my neighborhood at night or during the day and I hope that I will never have to.”

If someone encounters a coyote that is believed to be a direct threat to human safety, they should report it to local authorities, according to the Urban Coyote Research Project. If someone is approached by a coyote they should yell, wave their arms or throw something at the coyote, they should not run away.

“My most memorable encounter with coyotes was when I was walking my dog in the evening and two coyotes were following me on a trail in Golden Gate Park,” Baroni said. “They weren’t vicious towards me but they definitely scared me.”