Place for gathering and reading prevails in spite of pandemic 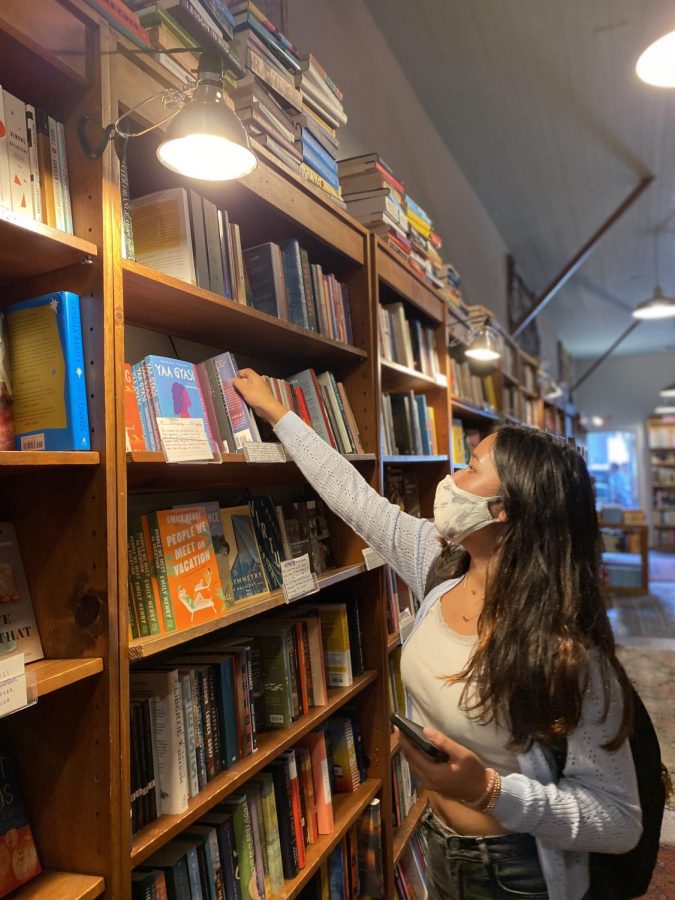 Senior Mira Chawla browses the shelves of Browser Books on Fillmore Street. The store is one of three locations owned by Green Apple Books, who have once again opened their doors to the community for literary events and shopping.

Local bookstores who survived the pandemic once again offer a space to gather, allowing patrons to return to an in-person community.

“I think bookstores offer a cathartic space, a space of meeting,” an employee at Green Apple Books said. “I think of when I was younger, going to a bookstore or library was like a place of refuge.”

Senior Natalie Kushner worked at children’s bookstore Charlie’s Corner which had to close its doors due to the stress of the pandemic, like many other small businesses.

“It was like my second home because I used to do story time for kids and I would see how it would benefit them and the community,” Kushner said. “Sometimes living in a city can be overwhelming, but being in the bookstore made me realize who was in my community.”

In this day and age, the opportunity to read is both virtual and material. Though bookstores are often right around the corner, shopping online can be more convenient and inexpensive.

“I do buy a lot of my books over Amazon, but I realize it is not very environmentally friendly and it’s not supporting local businesses so I have tried to shift my book purchasing habits to Green Apple,” senior Mira Chawla said. “I do not think that shopping online is a necessity at all.”

Since Green Apple Books founding in 1967 by Richard Savoy, the bookstore has added two locations, Green Apple on the Park and Browser Books on Fillmore, as well as engaged in the local community.

Regardless of its extensive history in San Francisco, the pandemic was uncharted territory for Green Apple Books.

“Green Apple has been adapting alongside customers,” a Green Apple Books employee said. “We have gotten more into in person events and I think literary events are a great way to bring people together.”

The presence of local bookstores almost acts as a support system for the community, according to Kushner.

“One time this nanny had $500 stolen from her so the bookstore held a fundraiser for her,” Kushner said. “She was really happy and that sense of community and helping people is really nice to be a part of.”