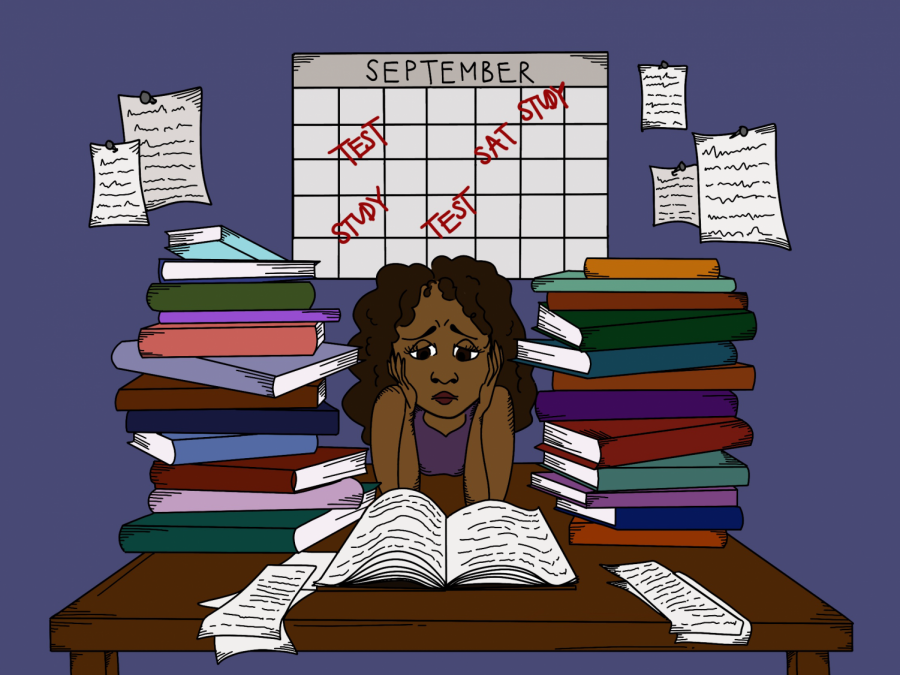 Countless studies have proven that high school students are immensely more stressed than they developmentally should be. Not only do many have to manage classes and the homework that comes along with them, but also the sports, clubs, volunteer hours and other responsibilities that take time out of the day.

Fifty-one percent of teens say that, at least once a month, someone has told them that they seem stressed or burnt out. Many report that during the school year they have an average stress level of 5.8 on a 10-point scale, compared with a level of 4.6 during the summer, according to Psycom.

During the 2020-2021 school year, students took only two classes per day, and took those same classes for four weeks straight each semester. This may have initially appeared appealing for many, but soon proved to be draining due to the redundancy and elongated class time of 2.5 hours, leaving many students prone to burnout.

This year, students at Convent transitioned back to managing six to eight classes at once. Course overload can also be a common stressor among teenagers, especially ones who have been previously used to a much smaller range of classes at a time.

42 percent of American teens reported they were not doing enough to manage their stress, and 13 percent said they never set aside time to manage it, according to the American Psychological Association.

The schedule transition and the addition of college applications and standardized testing for upperclassmen are clear causes of burnout. Teenagers often maintain schedules that are packed to the brim, thus making it even more important to slot out time for study breaks and relaxation.

Taking a break from studying is proven to increase motivation and prevent burnout. It is beneficial to allow yourself a reward so that you can then easily return to a study environment. Study breaks can also increase your sense of control over your schedule and still allow you to enjoy your time, according to a study by the University of Nebraska-Lincoln.

Moreover, regardless of scheduling, extracurriculars and homework, burnout is extremely common among teens, so taking concrete action to prioritize mental and emotional health is vitally important. Taking breaks, pre-planning work hours and spending time doing something that reduces stress are all ways that teenagers can prevent burnout and excessive stress.