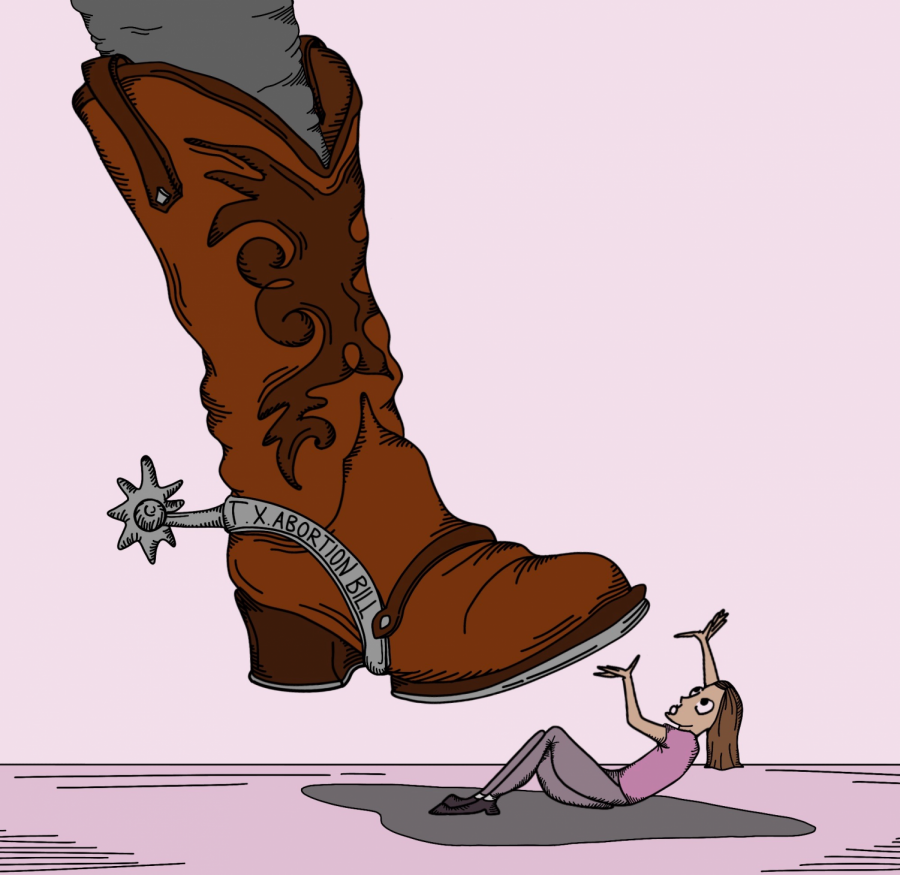 America has always claimed to be “the land of the free” for men, women and minorities but recently, the country hasn’t lived up to this.

The Texas government began to enforce the “heartbeat bill” on Sept. 1, prohibiting termination of any pregnancy where there is a detectable fetal heartbeat. However, weeks 4-7 is usually the time women find out they are pregnant, according to the American Pregnancy Association. A heartbeat emerges at around five to six weeks, giving women barely any time to obtain an abortion if desired.

When legislatures pass a law with the intention to ban abortions, it often does not even reduce the actual number of pregnancies terminated, but instead causes women to risk their lives as they turn to dangerous abortion alternatives such as coat hangers, toxic herbal medicines and unqualified practitioners, according to the World Health Organization.

If the “heartbeat bill” were truly to be about saving “lives,” then why is the design one that puts more at risk?

Almost 350,000 U.S. teenagers under the age of 18 become pregnant yearly, and approximately 82 percent of these pregnancies are unintended, according to the ACLU.

Forcing teens to carry out an unwanted pregnancy can cause potential health risks for both the fetus and the mother, not to mention the socioeconomic and sociological challenges it presents. Teen mothers are less likely to graduate from high school, more likely to live in poverty and are at higher risk of domestic violence.

Preventing a young girl from making her own choice at such a young age can force them into the cycle of poverty, which can last generations.

Even though this issue may not directly affect our wealthy, liberal community, this issue should inspire the Convent & Stuart Hall community to take action and fight for human rights.

Protesting and spreading awareness can help inform others as well as pressure the government to hear the voices of the marginalized. Writing letters, calling legislators, and having uncomfortable conversations can make a real difference in protecting female rights.