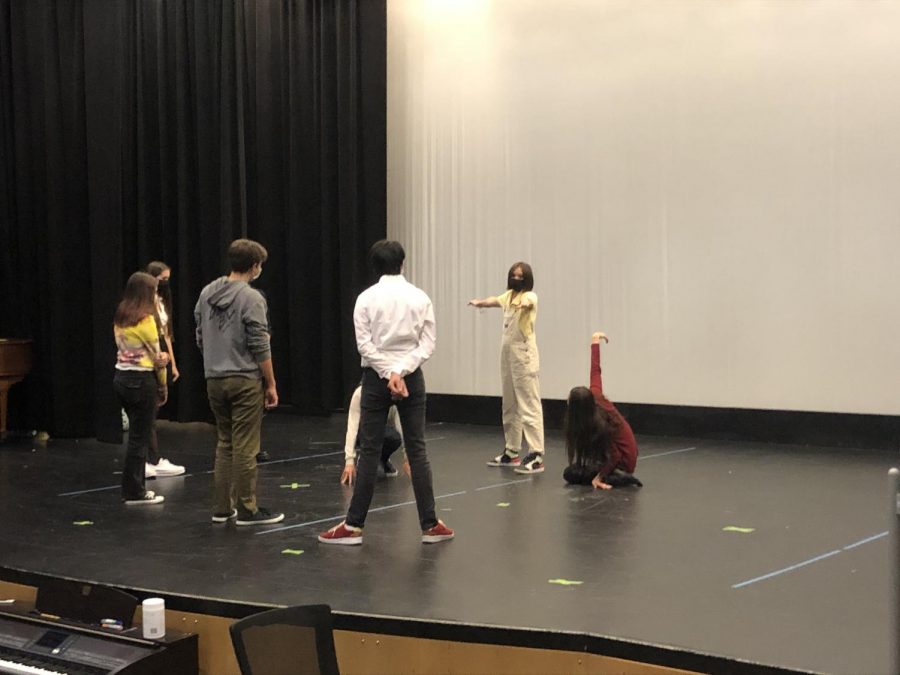 High schoolers begin acting out scenes from William Shakespeare’s As You Like It in their second rehearsal. Rehearsals will take place four days a week, and performances will run from Oct. 21 through the 23.

WEB EXCLUSIVE | It’s been a while, but theatre has finally returned to Syufy theatre, with high schoolers of all grades gearing up for the upcoming production of As you Like It by William Shakespeare.

“The actual audition process wasn’t particularly long,” sophomore Sarah Rasic said. “Five of us warmed up together in the Syufy hallway, then one at a time we went into the theatre and performed our monologues on stage.”

In person casting auditions will take place Aug. 23-26 at Syufy Theatre from 3:45-5:15 p.m. For the audition, students were instructed to memorize a Shakespeare monologue of their choosing.

“Choosing a fitting monologue is probably the most important part of auditioning for a play,” junior Azadeh Reiskin said. “It’s definitely something I tend to give a lot of thought to,”

Cast members did not audition for a specific role, rather the directors will select the best fit for each part at their own discretion.

“When casting for roles, I am looking for students who are adept with their language,  actors that make versatile and unique choices in their performance,” Theatre Program Director Margaret Hee said. “Casting is also based on students’ audition, availability and how they will collaborate with others.”

Unlike last year, all auditions, rehearsals and performances will be facilitated in person. The new auditioning experience is vastly different, according to Rasic.

“It’s such a new experience being in person and seeing the theater, ” Rasic said, “Zoom was so individualized but auditioning with others feels very community oriented.”

Rehearsals will take place four days a week, and performances will be running from Oct. 21 through 23. Throughout the year, there will be more productions such as The Brother Grimm  Spectaculathon by Don Zolidis and a sixth through 12th grade production of Failure: A Love Story by Philip Dawkins.

“Memorizing the lines before the auditions is the most nerve-wracking part,” Rasic said, “But when you actually get on stage, it’s easy because you’re no longer performing, you’re letting weight off your shoulders and expressing yourself.”