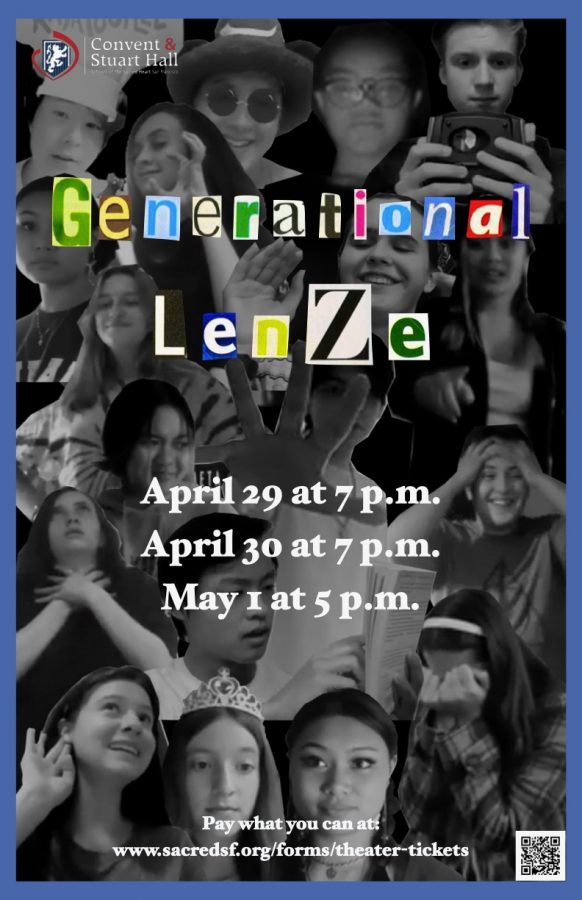 WEB EXCLUSIVE The theater program will present original student pieces that explore how the current generation has been influenced by the media in a virtual devised production this week.

“Devised theater is made by us, so we’re not doing a play out of a script, we’re not doing something that somebody else has made,” junior Andre Pang said. “We’re making our own theater and we’re performing it in our own way.”

Cast and crew members began their six-week rehearsal period by brainstorming questions and ideas that they wanted to investigate and worked with different devised theater tools, according to Theater Programs Director Margaret Hee.

Students then developed monologues, skits and other pieces using a variety of techniques and prompts. Some worked individually while others collaborated in small groups.

“In my group we were writing our SNL skit and worked with Ms. Tan on how to rap correctly,” junior Jean-Luc Desnoyers-Pina said. “It’s just through conversation and having fun that we were able to evolve into this huge song we’ve made now.”

Hee brought together all the pieces to form a cohesive narrative. “Generational LenZe” will focus on the media from a teenage lens and put an emphasis on student voices and perspectives.

“I want to celebrate the talents that all our students have,” Hee said. “Through devised theater we see different sides of students that haven’t been revealed before.”

“We’re telling a story that we’ve had somewhere within ourselves,” Pang said. “At its heart it’s very personalized and true to us, all the performers.”