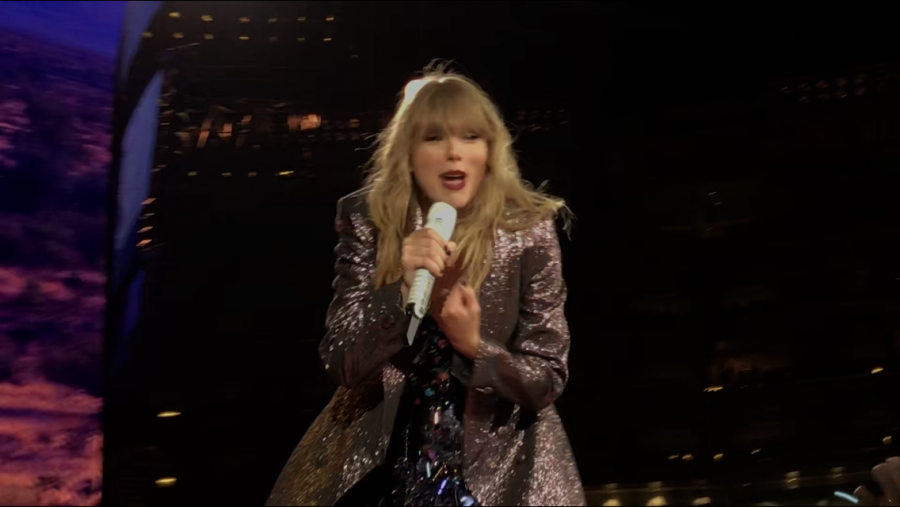 Taylor Swift performs “Getaway Car'' at her “Reputation” stadium tour at Levi’s Stadium in Santa Clara, California on May 12, 2018. The show was the fourth of the 40 that took place on the American leg of the tour.

WEB EXCLUSIVE Singer-songwriter Taylor Swift announced on Feb. 11 that she would be re-recording her old albums following the sale of her master recordings in 2019.

This announcement comes two months after Swift released her latest album “Evermore,” which brought the singer back to her country music roots. The first re-recording to be released was her 2008, titled “Fearless, Taylor’s Version.”

“I think it’s super important that she is re-recording her old albums,” sophomore Chiara Hertsgaard said. “Because of what happened with Scooter Braun, her finally getting to own her music is inspiring to other smaller artists and is a big power move.”

“This is what happens when you sign a deal at 15 to someone for whom the term ‘loyalty’ is clearly just a contractual concept,” Swift wrote in a Tumblr blog post. “When that man says ‘music has value,’ he means its value is beholden to men who had no part in creating it.”

Swift said she was not aware that Big Machine Records was selling her master recordings to Ithaca Holdings which Braun owns and she learned about it at the same time that the announcement was made to the world.

“I love that she’s re-recording her old albums,” junior Madison Kwan said. “I believe her voice has become more mature and it gives her the chance to own her music again, taking away the value from the originals.”

In a blog post Swift wrote about how even though this is not what she ever imagined to happen, she still was able to make peace with her situation and move on with her musical career.

“I have plenty of surprises in store,” Swift wrote in a statement posted to Twitter in November. “I can’t wait for you to  hear what I’ve been dreaming up.”

Fans are speculating that the next revisioned album Swift releases will be her 1989 album, which is titled by her birth year.

“I’m excited for what she’s going to be releasing in the near future,” Hertsgaard said. “I can’t wait to hear the newer versions of her old albums.”