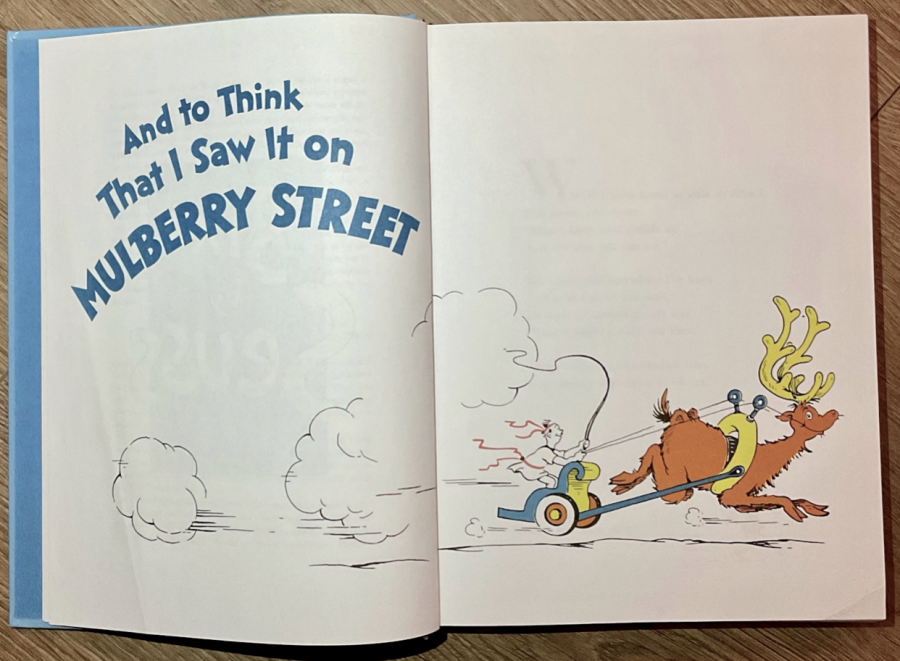 Dr. Seuss’s first children’s book “And to Think That I Saw It on Mulberry Street” will no longer be published due to stereotypical depictions of some Asians. Theodor Seuss Geisel, who wrote under the pseudonym Dr. Seuss, authored and illustrated 46 children’s books, six of which will go out of print.

WEB EXCLUSIVE Following the announcement by the publishers of Dr. Seuss that six of his books will no longer be published due to racial stereotypes in some illustrations, some teens are shocked to learn that some of their childhood books have images that can be hurtful and demeaning.

“I never noticed the racism in the books as a kid, but now that I look back I see how terrible it actually is,” junior Natalie Stans said. “I’m glad that people are working to stop promoting and normalizing racism in children’s literature.”

Some of Seuss’s early books contain cartoons based on stereotypes of people of Asian and African descent. “And to Think That I Saw It on Mulberry Street,” “If I Ran the Zoo,” “McElligot’s Pool,” “The Cat’s Quizzer,” “On Beyond Zebra!” and “Scrambled Eggs Super!” will no longer be published, although current copies will remain in circulation and available for sale.

“Some of Dr. Seuss’s books definitely display a bias and prejudice that is harmful, and I know that if I were to hand that book to a student I would feel terrible,” librarian Kathleen Esling said. “When you look back at your books from your childhood, suddenly you will turn to the page and experience a moment of utter horror.”

Public and private libraries must now decide whether to keep these books on the shelves and continue to give children access to them. Esling and her colleagues are devising a plan to address books with stereotypes and are starting a conversation based on how to address these issues.

“To get rid of the books altogether feels like it would be saying that they didn’t exist or that it never happened,” Esling said. “I think they will remain in the library as a learning opportunity on how conversations have changed.”

The Read Across America program is moving away from advertising and reading Dr. Seuss’s books and is turning to books that promote diversity. The initiative of the National Education Association originally showcased Dr. Seuss books to encourage and inspire children to read as a tribute to the author on his March 2 birthday, dubbing it National Read Across America Day.

“I think the most important thing is acknowledging the flaws in our childhood books, movies, or media,” Stans said. “This is a great first step to improving our world and getting rid of false and racist stereotypes.”