Community prepares to discuss ‘A Most Beautiful Thing’

Author, filmmaker to speak at webinar about race in America 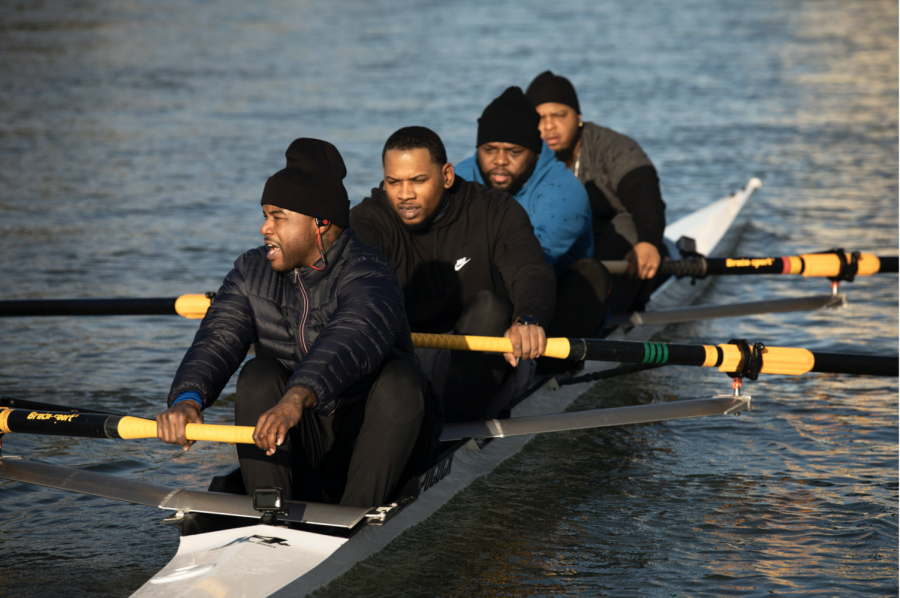 Preston Grandberry, Arshay Cooper, Malcolm Hawkins and Alvin Ross — members of the Manley Team — row in Oakland. These men are the subject of the documentary, “A Most Beautiful Thing” which depicts the trauma and difficulties of race and poverty.

WEB EXCLUSIVE In preparation for Wednesday’s webinar with author Arshay Cooper and award-winning documentary filmmaker Mary Mazzio about their documentary “A Most Beautiful Thing,” the community has been reflecting on the themes of meaning of race and belonging.

The film is about the first all-African American rowing team from the West Side of Chicago and explores the topics of racial injustice and gang violence as well as the importance of community and origin.

“It gave me insight on how much inequality there is in our country,” sophomore Isabella Infosino said about watching the film. “It is also interesting to see a new perspective on gang violence because mainstream media only represents an outsider’s view of what is happening.”

The community was given a special code to watch the film online in preparation for meeting the author.

“We chose this movie for a variety of reasons,” Head of School Rachel Simpson said. “We were fortunate enough to have a member of our community be a producer of the film and also have Stephen Curry’s book club name Arshay’s book a top pick of theirs. We were also provided with a great invitation from both Arshay and Mary Mazzio to connect and speak to us about the power of community.”

During the webinar, Cooper will answer questions by panelists Infosino and junior Joe Shea. Following the one-hour seminar, students will split into dialog groups for discussion. The school day will resume with Block 1 at noon and Block 2 at 1:45 p.m.

“Having watched the movie, I am looking forward to seeing what Arshay Cooper and Mary Mazzio will talk about tomorrow,” Infosino said. “Since I am a panelist, it will help me pick out more meaningful questions to ask them.”