Don’t just ‘deal with it’

Menstruation should not be 'abnormal' 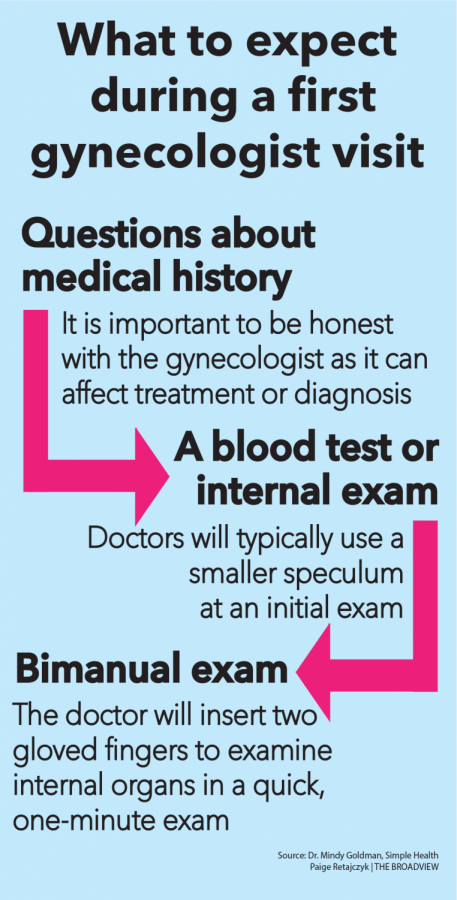 Every girl gets her period — but from bloatedness, to cramps, to extreme period pain, she experiences and deals with her menstruation differently.

“It is very common to have painful periods, especially if your flow is heavy,” Dr. Jane Fang, who practices gynecology and obstetrics, said. “It isn’t normal to have debilitating pain. If you are having to miss school or your activities because you are in a lot of pain, and taking ibuprofen or Aleve doesn’t help, then you should see your doctor.”

For those whose pain doesn’t affect their school work or activities, basic pain medication is recommended, according to Fang. Hydrating and eating prior to taking medication will help relieve cramp pain.

“Normally I get really bad stomach pains, it feels like I’m being stabbed in the stomach and it’s almost impossible to get more comfortable and focus especially when I’m in school,” sophomore Sophia Davis said. “To help reduce the pains I have to find a position where it doesn’t hurt a lot and I normally take either ibuprofen or Advil.”

Severe menstrual cramps may not have a specific cause. It is often diagnosed as dysmenorrhea, or pain with menses, or another condition such as endometriosis, which can also cause menstrual cramping to be severe, according to Dr. Mindy Goldman, who practices gynecology and obstetrics.

“Endometriosis is a condition where the cells that line the lining of the uterus don’t all shed, like with a menses, and back flow through the tubes and implant in the pelvis,” Goldman said. “These implants get inflamed at the time of the menstrual cycle and cause pain. The symptoms of endometriosis are painful periods, deep pain with intercourse, and infertility.”

If pain is bad enough, doctors who suspect endometriosis can recommend a laparoscopy into the fallopian tubes. The procedure can diagnose as well as treat the condition, which can be resolved by cutting away, lasering or burning tissue, according to Goldman.

Physicians often recommend birth control pills for painful periods to take over the hormonal functioning in the cycle even if they do not suspect endometriosis, according to Goldman.

The pill can also be an option for those with larger flows of blood, as it helps less build up of the lining of the uterus and typically causes less cramping pain.

There are many reasons to consider the pill that have nothing to do with contraception.

“We will typically recommend birth control pills to regulate the cycles or when a girl is bleeding more often,” Goldman said. “Pills are very safe, however there are people who shouldn’t take them but in teens the pills are very safe.”

Often in teens it may take time for the brain, ovary and uterus to communicate appropriately and the cycles to be regular.

“Just because girls may have irregular or painful periods when they are younger, it doesn’t necessarily mean that they always will,” Goldman said.