Students expand their view of math with college level exam 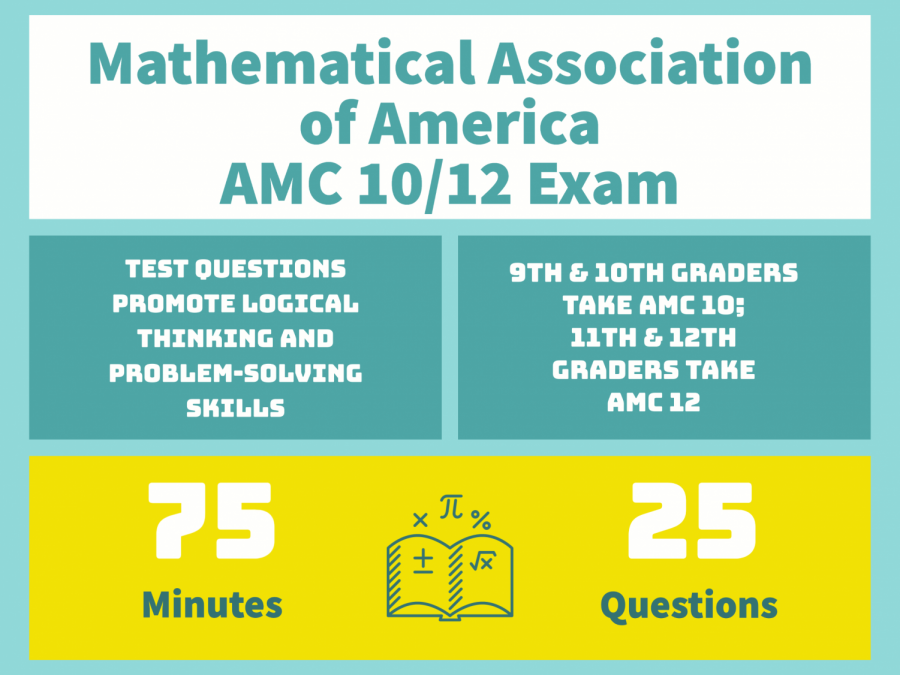 WEB EXCLUSIVE The Mathematical Association of America hosted the AMC 10/12 mathematics exam around the country on Thursday for current high school students to strengthen their problem-solving skills in preparation for the International Mathematical Olympiad, a college-level test.

“This test is really cool — especially for those that are interested in mathematics at the college level — because it really gets into those types of questions that are removed from the traditional multiple choice SAT or ACT questions,” Mathematics department chair Lindsay MacGarva said. “It’s a great way to combine different types of math problems.”

Students who signed up for the exam had the option to take it at home or on campus Thursday morning. The test included 25 questions in 75 minutes.

“The first five questions of the test are pretty doable, but the rest gets so hard from there,” senior Kate Baker said. “Since there is a penalty for getting answers wrong, I only answered about 10 out of the 25 questions.”

Students who are a year ahead in their math courses qualified for either test based on their age and grade. A junior and sophomore who are taking the same math class, would qualify for two different levels of the AMC exam.

“I take Honors Pre Calculus, which is a course one year ahead of my grade,” sophomore Sofia Karti said. “The test still felt really difficult because even though it was on the same subjects I learned in class, the questions were formatted in a trickier way.”

Students who feel they performed well on this test can include it in their Common Application when applying for colleges, but low scores do not need to be recorded.

“I did pretty well in comparison to other students last year, so I was able to include that score on my Common App,” Baker said. “I think the test is geared towards people who like math, but if someone is interested in a challenge, I would recommend this test since there are no consequences if you do badly.”

This exam is specially designed to promote logical thinking and gives an opportunity for students to practice their math skills.

“By working on these types of problems students get kind of a window into what math can be beyond solving for x,” MacGarva said.