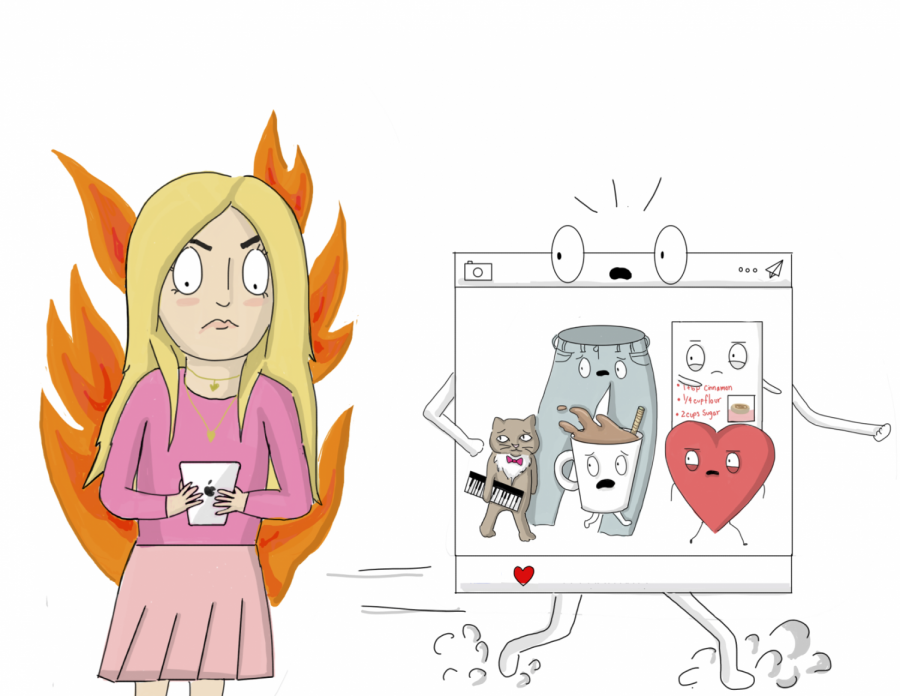 A quick scroll through a teenager’s social media feed could reveal a number of things from videos of scantily clad influencers, their interests in online shopping, and even highly saturated images of food recipes saved and waiting to be tested. But a darker side of social media exists in this utopic world of retail and instant gratification.

Social media was designed for connection — the digitization of an individual’s life, wrapped into a neat, positivity-filled bundle of photos, bios and tags — but more and more recently, the culture of social media has become fraught with anger, attacks and undirected rants,  significantly undermining social media’s inherent connectivity.

In a time where so many people are being kept isolated from meaningful social interaction, social media has taken on a large role in maintaining that connection. But with the general tension of the world at the current moment, this negativity has wormed its way into the seemingly sunny sector of social media.

Ranting on social media and expelling one’s personal opinions flippantly with little regard to the thoughts and feelings of others is both unnecessary and hurtful— and not only to those on the receiving end. Mouthing off thoughtlessly can actually do more damage to the ranter themselves than previously supposed.

The current political climate makes firing off a few quick emotionally-charged, opinionated posts easy. Masks on or off? Lockdown again? To vaccinate or not? While these subjects are worth debate and the ultimate answer to each question can have great ramifications, social media does not need to be the place for such discussions. It is time for the expulsion of divisiveness from social media’s digitized halls.

When considering the current state of our country and its future, 77% of Americans experience stress according to the American Psychological Association. Random, evidence-devoid social media rants will do nothing to curb these feelings of stress and will only serve to exacerbate them.

Spaces for the aggressive overshare of opinions already abound — political talk shows, personal blogs, even Nextdoor — are rife with the unfiltered thoughts of the masses. Both reader and writer of said online flames experience a decrease in mood and flare in anger after interacting with the post, according to “Anger on the Internet: The Perceived Value of Rant Sites,” a study by professors at the University of Wisconsin Green Bay.

Instead of turning to social media to verbally expel inner turmoil and anger at the world, engaging in any in-person dialogue according to psychotherapist Shoshanna Bennett, in an interview in Healthline. Not only is this type of interaction more rational according to Bennett, but it is also not going to be preserved in cyberspace forever, potentially coming back to bite in the future.

In place of sounding off into a social media tirade, taking a few minutes to leave the situation — or the phone or computer —  focusing on breathing and taking a minute to phone a friend can work wonders in its place.

In a time where digital connection is all that many us have, it’s time to save the ranting for your mom at dinner time and leave social media to the behest of TikTokers, fashion inspo, and overly decorated lattes.