Everyone needs to stand up to verbal harassment 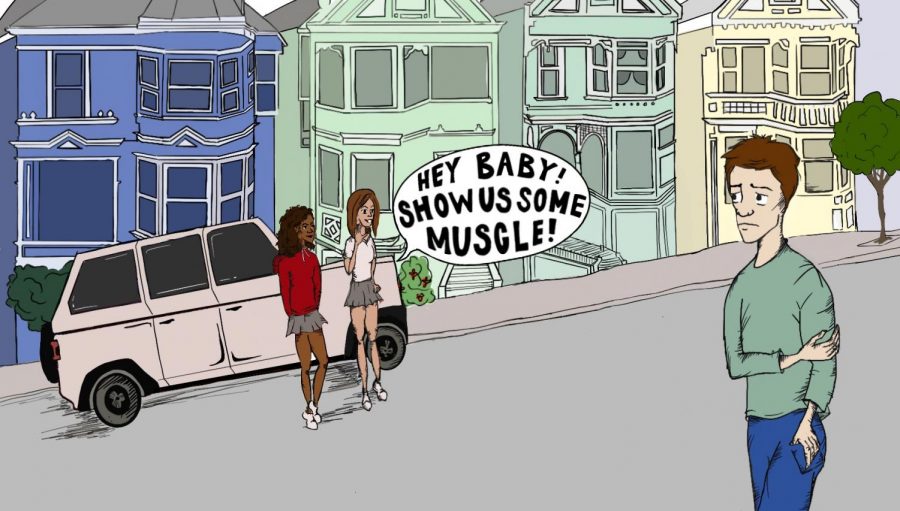 WEB EXCLUSIVE Having a male stranger whistle and leer at a girl in her uniform skirt is often perceived as a norm and almost an inherent guarantee — like a girl having her first period or wearing her first padded bra — all in the same jarring few years that introduces her to being a young woman.

We should not accept catcalling, and instead band together to end it.

Make no mistake, commenting on a person’s body in public without permission is sexual harassment, and it is not “playful” or “harmless.” While some societal issues need funding and major legislation in order to eliminate them, the suffering and discomfort of a girl or woman while walking down the street is something that can change simply through cultivating a culture that holds the perpetrators accountable.

Strangers often turn a blind eye or continue to walk when they witness catcalling, exhibiting the “bystander effect,” a common phenomenon according to Hollaback!, an organization that strives to end street harassment.

Fifty one percent of women have experienced sexually suggestive comments or jokes about their bodies, according to a survey by Standup, a project in conjunction with Hollaback! Commenting on another person’s body can make one feel as if one’s appearance exists to appease others, or that it’s acceptable to be whistled at like an animal.

Standing up to a harasser in the moment can teach others that catcalling is unacceptable, whether you stand up for yourself or a random stranger.

Bystanders of harassment can employ any of the “Five Ds”: distract, delegate, document, direct and delay according to Hollaback!. Observers should first pretend to know the person who is being targeted or reach out to a public figure of authority who can intervene.

Delegate involves addressing the person directly, but not at the risk of the safety for the person being harassed or the person intervening.

Verbal harassment begins at a young age. Teaching children that it is not okay to comment on each other’s bodies or that leering or groping is permissible helps them from believing reproachful actions are justifiable. Everyone needs to teach children that their bodies are their own and that making people visibly uncomfortable is not only illegal, but morally wrong.

We should not accept catcalling regardless of an individual’s gender, race or other physical appearance. Catcalling degrades everyone, the assaulter as well as the assaulted.

No one should have to experience fear when walking alone. The only way to ensure everyone feels safe from catcalling is for everyone to stand up together.