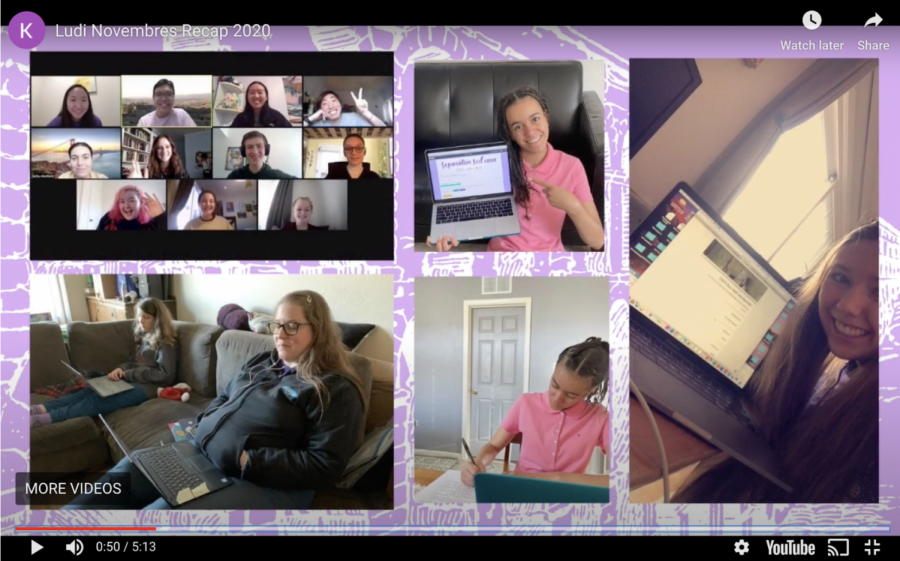 WEB EXCLUSIVE Latin students attended the Northern California regional convention, Ludi Novembers, virtually on Nov. 14 where they participated in a variety of Latin activities throughout the day.

“We watched videos on YouTube, took quizzes on grammar, vocabulary, mythology and did Kahoots,” sophomore Sydney Mountain said. “We also participated in Zoom discussions and were put into breakout rooms.”

About 500 students in Grades 6-12 virtually attended the event hosted this year by Miramonte High School in Orinda, California.

“The convention ran surprisingly well and even though it was on Zoom and YouTube, there was still a sense that everyone was together both in the full assemblies and in the individual activities,” Latin teacher David Jacobson wrote in an email.“About 40 students from Convent & Stuart Hall attended.”

“I received a medal for winning a round in Kahoot about Latin vocabulary,”  Tobiason, who took first place, said. “It was really nice to win an award and I am proud of myself for challenging myself and putting myself out there.”

Despite not meeting and competing with other Latin students in person, the day proved a success.

“I had a great time at the convention and I loved how inclusive it was even though it was virtual.” Mountain said. “I learned so much history and mythology from it in a fun way.”

This story was corrected on Dec. 3, 2020. David Jacobson wrote in an email, “About 40 students from Convent & Stuart Hall attended,” but he did not add “the most we’ve had in a while.”