Anxiety rises as votes continue to be counted

Concerns about the election increases as final results are pending 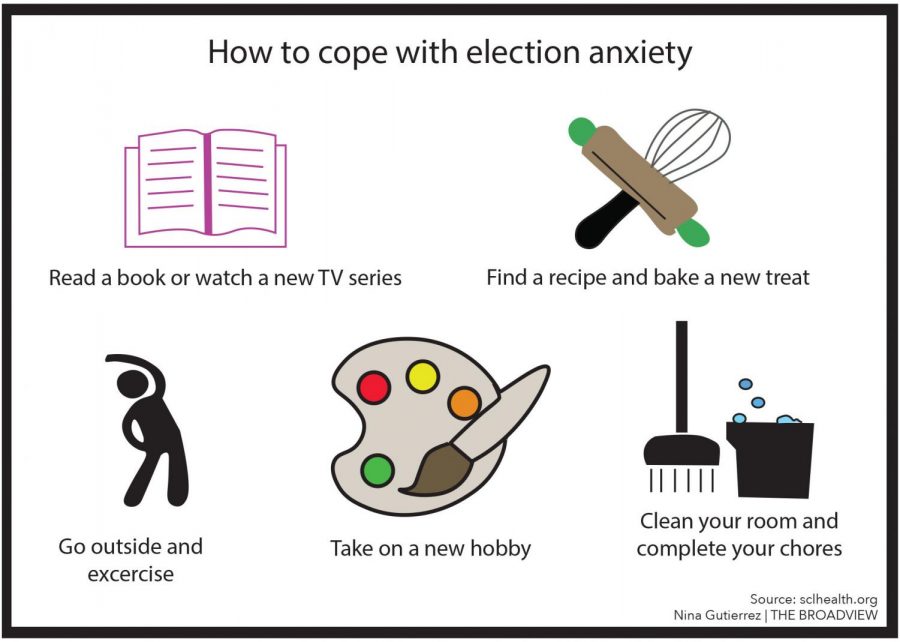 Even before polls closed, waves of anxiety about the outcome of the election overcame many like sophomore Josie Flanagan causing them to be distracted and absent-minded in class.

“I have been feeling very overwhelmed about the election and it’s been very hard to focus on school knowing that things could possibly change for the worse,” Flanagan said. “I am worried that Trump will be elected again and that if he does, he will create a world of injustice and inequality.”

This election has been one of the most contentious since the Civil War, according to History and Social Sciences teacher Bruno Vetter.

“As someone who has had the chance to spend more time than the average person looking at U.S. history, some of the precedents that could be set in terms of moving away from a peaceful transition of power is scary to me,” Vetter said. “I definitely am feeling some anxiety for myself as an individual.”

The chance to vote is an important way of expressing a voice and feeling in control of the future, according to first-time voter Amy Phipps.

“I am worried about this election,” Phipps said. “It’s a historical time and everyone is very scared about the outcome’s significance for this country,”

Mindfulness, taking time to reflect and meditate, or indulging in relaxing activities such as physical exercise during this time can help alleviate stress, according to Vetter.

“Instead of watching the election I played Among Us with my partner,” Vetter said. “This election is something where I have limited wisdom so I’m trying to keep things in perspective for myself.”

To help relieve the tension of the elections, some students plan on deleting social media apps until final results come out to avoid looking at constant stressful news updates. Flanagan deleted Snapchat and TikTok to stay away from false news stories posted and deceiving information about the predicted winner of the election.

“Snapchat and TikTok can be very misleading sometimes and I didn’t want to freak out about anything that isn’t 100% accurate,” Flanagan said. “I think this is a good way to mentally prepare myself and stay away from stress.”