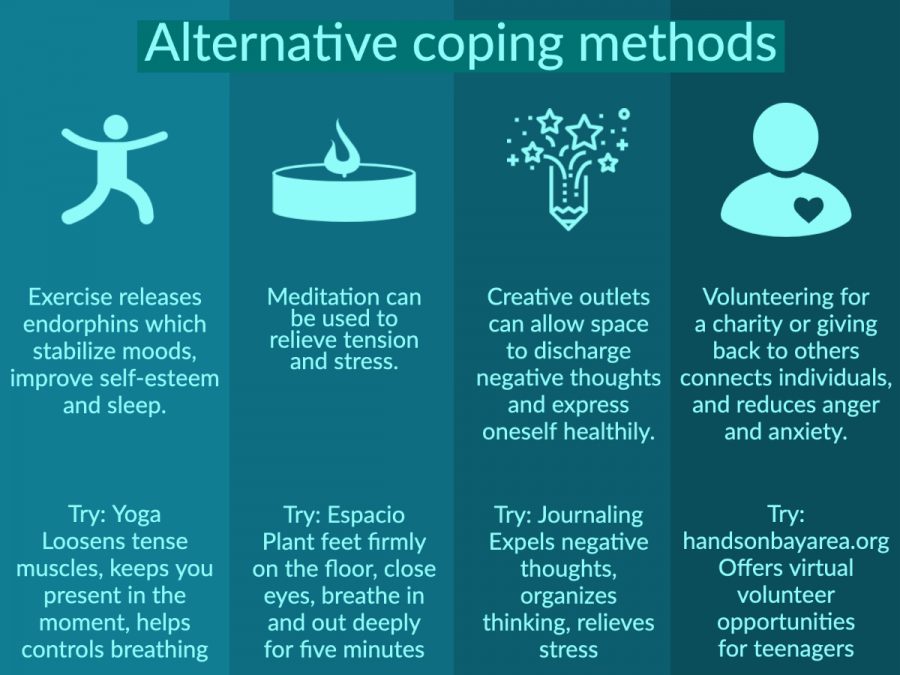 Day-to-day living in a pandemic-overrun world has become characterized by a consistent lull. Lacking the business of a pre-COVID-19 daily routine and experiencing overwhelming senses of isolation, some teens may turn to risky behaviors like drug and alcohol abuse as a means of coping with stress and confusion.

“Drinking makes me feel a lot less stressed out because then I am not thinking about the work on my plate,” a San Francisco high school student who asked to remain anonymous said. “Drinking was way more tempting at the beginning of COVID, but it never really made me feel better in the long run I now choose to stay away from it.”

Teenager’s brains are hardwired to engage in risky behaviors, especially when experiencing pressure from their peers, however, without the ability to see friends, isolationism and loneliness may become the new pressure trigger to indulge in substances rather than finding safer outlets.

“A lot of alcohol use is associated with people self-medicating,” Dr. Janice Cohen, a psychiatrist who specializes in rehabilitation, said. “There are lots of mental health issues linked to this as well as a high rate of accidents that come from cognitive impairment.”

While the short term effects of intoxication often include loss of judgment, loss of balance, blurred vision and slurred speech, the long-term mental and physical effects of consuming too much alcohol at a young age can be very harmful, according to American Addiction Centers.

“I drink because lots of people seem more willing to loosen up and talk to people they usually would not hang with at school,” another San Francisco high school student who asked to remain anonymous said. “But because of COVID-19, a lot of those people have ditched that way of thinking because we are not spending much time together in person at parties anymore and so we got to know each other in different ways.”

From a social standpoint, some teens drink to ease their social anxiety as many cite the consumption of alcohol as a coping mechanism to better their abilities to open up with other people at social gatherings, according to a study from DrugFree.org

“Drinking alcohol doesn’t make you more part of any group, it makes it more difficult for you to connect with people because you are not really cognitively intact when you are drunk,” Cohen said. “If what you really want to do is be part of an experience and connect with people, you are inhibiting yourself or you’re preventing yourself from doing that by using alcohol.”

Anxiety and loneliness fuel alcohol consumption and the desire to turn to mind-altering substances, and loneliness and emotional distress have increased by 30% since the beginning of the pandemic, according to Cigna.

“Being alone in your room on a Saturday night does make it super tempting to want to drink or take actions to get your mind off really negative emotions,” the anonymous student who has stopped drinking said. “A lot of my friends actually noticed this so they decided to help me try new activities like late-night FaceTime calls or group meditation on FaceTime.”

Rather than turning to alcohol to cope with a strenuous buildup of anxiety, depression, and other negative thoughts and feelings, Cohen suggests seeking help by talking to a trusted adult and speaking to a psychologist who can help you work towards setting healthy goals.

“Many people who drink have other emotional problems and it’s important to seek help,” Cohen said. “Someone may drink so they feel comfortable in front of other people, or they have depression or they may be taking some other medications and they take alcohol to mediate that.”