Revered painting was the first of many 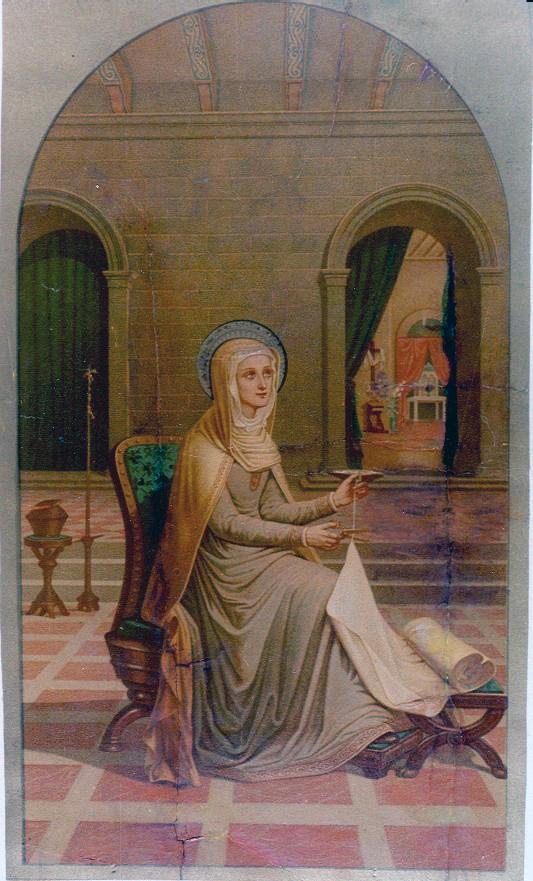 Society of the Sacred Heart | With permission

The final “Mater” painting depicts Mary pausing in reflection while she gazes upwards at God as she completes her weaved garment. “Mater in the House of Saint John” was painted by Pauline Perdrau in 1883, but the original is lost.

The “Mater” painting that hangs in Sacred Heart schools around the world was the first of nine other portraits of Mary that Pauline Perdrau created throughout her life, with each varying in color and detail.

After Perdrau created her fresco of Mary in 1844, it was overlooked until the piece was declared admirable by Pope Pius IX naming the painting, “Mater Admirabilis,” according to RSCJ International, eventually resulting in a feast day that is celebrated on Oct. 20.

“Throughout her life, Perdrau continued to paint different versions of the original, her works becoming very popular in a school in Rome,” Sr. Carolyn Osiek, RSCJ, Archive Director of the Society of the Sacred Heart said. “They were distributed to different schools and it spread to other places in Europe, and then eventually to America, where sculptures of the piece were created.”

As Perdrau continued to produce paintings of young Mary over the years, the depiction of her tilted head and weaving remain the same, but there are noticeable changes in details such as the colors of the sky, vase and eventually clothing, according to Sr. Margaret Phelan, RSCJ General Archives Director.

“Although there are differences within the paintings, Mater is still young looking in most of them except for that last one, “Mater in the House of St. John,” Osiek said. “She has finished weaving her garment, about to cut the thread.”

The original fresco can be found at Trinità dei Monti, a former Sacred Heart school in Rome while the “Mater in the House of St. John” is lost, although copies remain. Every Sacred Heart School has a representation of “Mater,” some as paintings and others as sculptures, according to Osiek.

“There are many different titles for Our Lady, such as Lady of Guadalupe and Lady of Lourdes,” Osiek said, “but Mater is one that belongs particularly to the Sacred Heart schools.”

Convent displays a statue of Mater in the Chapel, and a painting in the Center. There is an etched window of Mater outside the Siboni Center and facing the Courtyard outside the Columbus Assembly Room on the Pine/Octavia Campus.

“Mater gazes downward in each painting except in “Mater in the House of St. John,” Osiek said. “It depicts her looking up to God as she pauses for a moment of prayer called ‘espacio’ and cuts her thread, a symbol of death.”