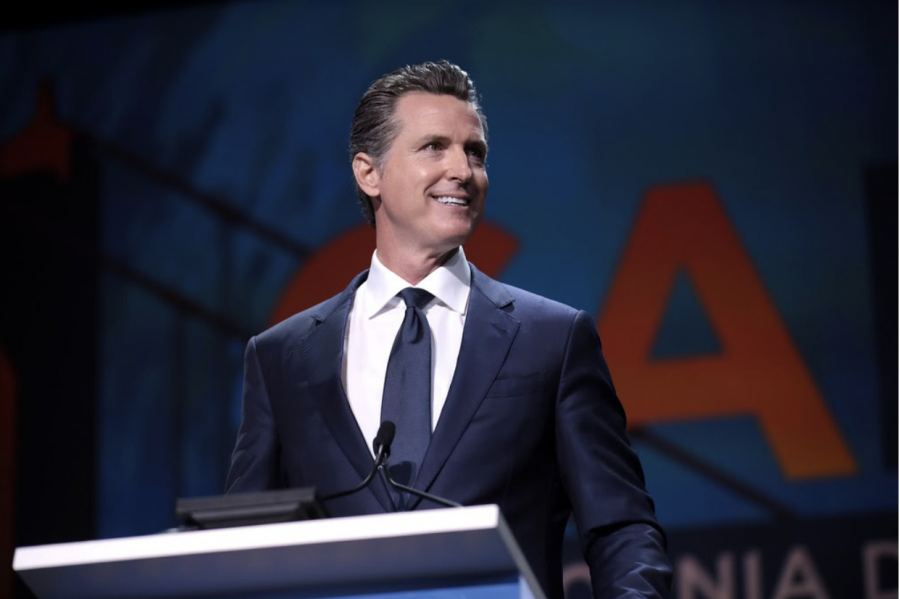 Transportation currently accounts for more than 50% of greenhouse gas emissions released each year in California, according to the California Air Resources Board. The order also advises the state to transition away from fossil fuels.

“I think that it’s a good idea,” sophomore Sophia Wu said. “When it comes to reducing climate change, because then if we don’t do something about climate change now it’s definitely going to affect the future generations.”

In compliance with this order, the California Air Resources Board will develop regulations to mandate emissions free car sales by 2035. Cities throughout California are already implementing changes to be more environmentally friendly such as adding more bicycle lanes to roads.

“I think implementing these changes to our own lives, like choosing to carpool or walk places will make us take more environmentally friendly steps towards solving climate change,” freshman Anisha Hu said. “Our city has created a bunch of pedestrian and bicycle friendly lanes which I think is definitely a big step in the right direction.”

As the state takes steps to recognize its carbon footprint environmental systems science teacher Allison Lovejoy says there is more we can do. Cities throughout the state continue to implement more environmentally friendly practices.

“I think that the next big step we can take is trying to increase wind and solar power technologies and more natural energies to create electricity,” Lovejoy said. “Instead of using energy created from coal plants because there’s so much pollution just from leaving our homes and heating our homes, cars are a huge part of that, but I think there’s a much grander scale to be looked at.”

Enforcing policies like this ban on gasoline powered cars is more important now than ever because it can really make a difference in the fight against climate change, according to Wu.

“I think that if it’s executed well, and that people listen to each other and are open to different perspectives that it could definitely be a successful project,” Wu said. “We just have to have open minds about it.”