Locals find different ways to get outside during pandemic 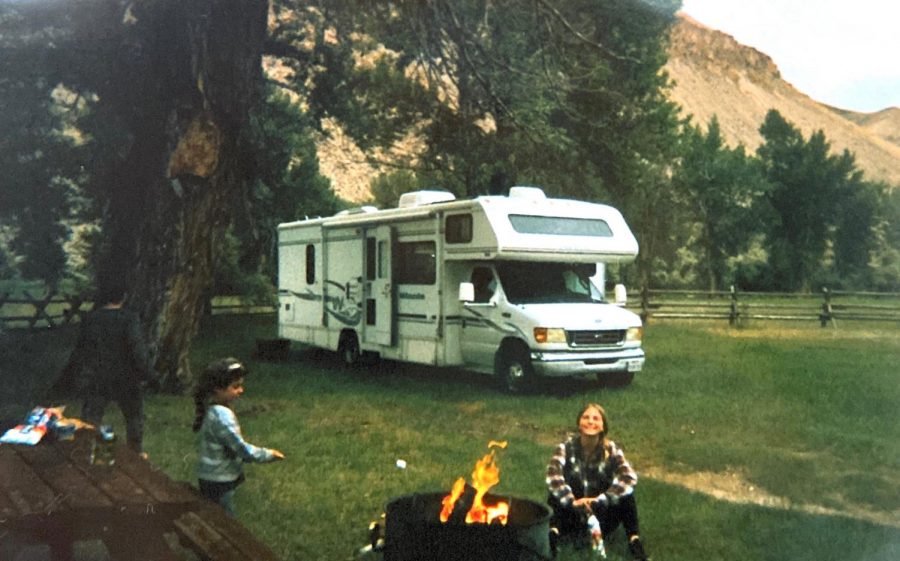 Senior Sadie Kahn visits Idaho with her family during the summer. RV sales in some areas of the country went up by over 170% this summer compared to last, according to the RV Industry Association.

Most families have postponed or canceled vacations that require a plane order to reduce the spread of COVID-19, but that is not stopping locals from exploring the Bay Area.

The Centers for Disease Control’s guidelines for travel include wearing a mask, staying socially distanced and sanitizing hands frequently. Most national parks have been open during shelter in place, but some of them require visitors to have a reservation prior to entering the park to limit the amount of people going in and out on a daily basis.

“I was supposed to go to Ethiopia this summer, but that got canceled,” senior Sadie Kahn said. “My dad impulsively bought an RV and we went out for like a month and a half this summer up into Oregon, Montana, Idaho and Wyoming to Yellowstone.”

More than 76% of people who have vacationed during the pandemic have traveled by car or other motor vehicle, according to travel company Longwoods International. Pinnacles National Park, Yosemite National Park and Lassen National Park are located within a few hours of the Bay Area, but there are also options located in or just a few miles from San Francisco.

“There are a lot of nice little walks in the Presidio, if you don’t feel like driving very far,” mathematics teacher Amy Leaver said. “Tennessee Valley is nice and close to the City. There’s a ton of different hikes, so you can do a short or a long one depending on what you want to do.”

The Tennessee Valley trailhead is located in Southern Marin, however there are also trails located within the City. Popular hikes include Lands End, Twin Peaks and Glen Park Canyon.

“I’ve gone to Mount Tamalpais a couple times, to this place called the Inkwells, which is in Marin by Point Reyes,” senior Sofia Houts said. “It was nice to get outside and not be inside on a screen. I have my license and that’s helpful because I can drive wherever.”

Popular swimming holes located in Marin include Three Wells and Cataract Falls. Beach goers can avoid crowds by getting out of the City. It is important to get outside during shelter in place and be able to safely explore new places according to Houts.

“If you go up to Marin, or even down to Pacifica, even though it’s such a short drive, the population I feel like is lessened,” Kahn said. “It’s prettier and better than being in the City.”

Before heading out, check the restrictions and social distancing guidelines for the area, Kahn says, noting it is important to be spontaneous during these unprecedented times.

“No one really wants to plan too far ahead because you never know what’s going to happen,” Kahn said. “The way to go right now is spontaneous, because you don’t need any more disappointments.”