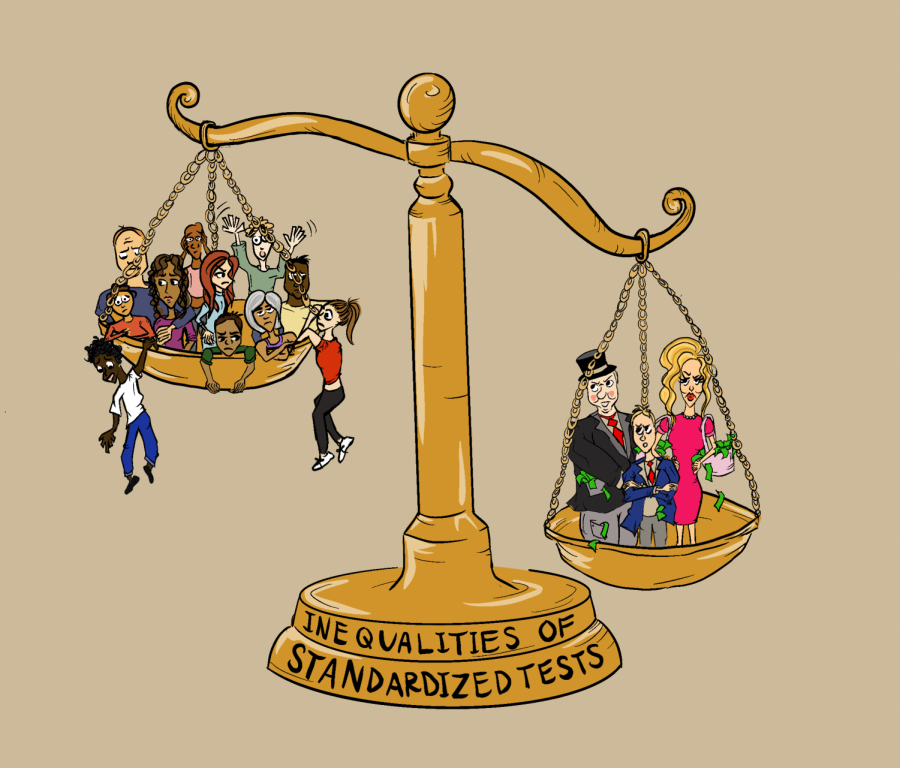 Standardized testing in college admissions can create an unfair advantages.

With the pause on standardized testing due to COVID-19 magnifying the role of the SAT and ACT in college admissions, universities should consider the realities of financial inequality when deciding whether or not to keep the requirement.

The original version of the SAT debuted in 1926, 26 years after the formation of the College Board. A record turnout of over 2 million students took the recently redesigned test in 2018, which differed in scoring and the number of sections.

The test should assess a high school student’s readiness for college as well as provide colleges with a method to compare all high schoolers on the same academic scale, however, the playing field is anything but even when considering more than just the basic concept of the test.

Some advantages are obvious, like offerings from companies such as the Princeton Review that advertise programs that “guarantee” a certain score priced at over $1000. There are other ways some college applicants can gain the upper hand, including access to retakes and extra time evaluations which can be expensive and difficult to come by.

The price of taking the SAT with an essay is $68, and to qualify for extra time, a specialist has to evaluate the student. Even if a student is able to pay for the test, that may be her one shot. Others who can afford to pay the fee multiple times have the opportunity to better their score, and perhaps their chances of admission at a more selective college or university.

Students from families with an annual income of less than $20,000 score 388 points lower on average than those from families who earn more than $200,000 annually according to statistics from 2014 from the College Board, the creators of the SAT.

Much of this disparity boils down to one thing, finances. To put it plainly, those who have access to more financial resources have an unfair advantage, inherent to the system. Eliminating the opportunity of retakes, tutors and providing free extra time evaluations for those with learning differences could be a step in the right direction, however, there would still be unaddressable issues that linger.

Numerous studies repeatedly show that there is no correlation between the success rate of students who do well on the test and their grades and accomplishments throughout college.

Many highly regarded institutions such as the University of California system have taken going test optional a step farther, and will now not accept test scores at all.

The concept of a universal test makes sense, but some people cannot convey their knowledge in that style of assessment, and there is far too much financial disparity in the current system for the SAT or ACT to be of any use.