Students adjust to SAT and ACT cancellations due to COVID-19 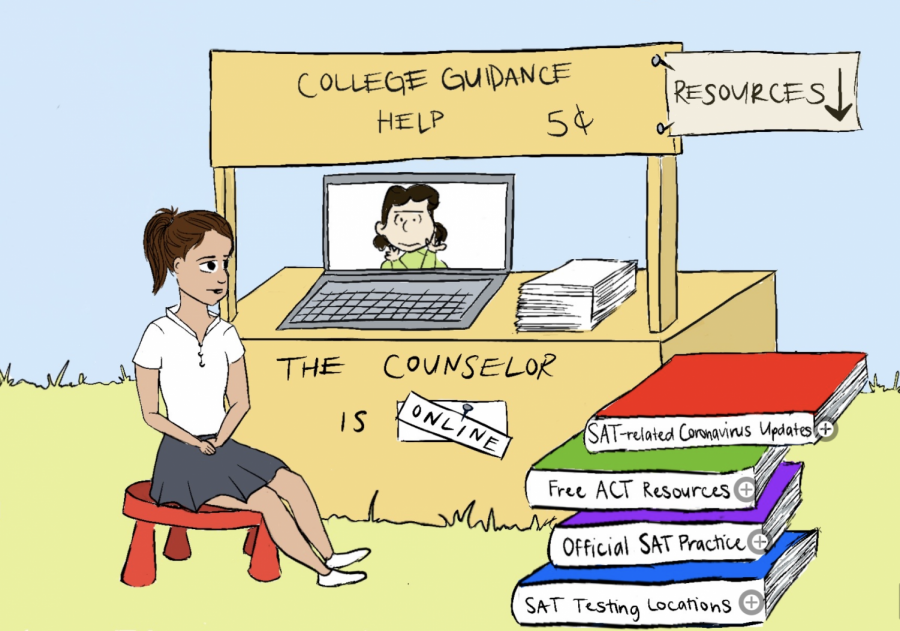 Availability for standardized testing is causing uncertainty in the college admissions process as students struggle to find open testing locations during the coronavirus pandemic. Even when students sign up for tests, they’re being notified that their exams are cancelled.

Eloise Laluyaux, like many other high school seniors, says she arduously studied for months in preparation for her August SAT test date, only to receive the dreaded email that her test center canceled her test.

“Every time I found out my test was canceled, it was through an email offering a refund and an apology,” Laluyaux said. “When I tried to sign back up, the website would repeatedly crash whenever new test dates became available.”

ACT postponed section retesting and computerized testing until 2021, and will explore remote testing in December, according to ACT CEO Janet Godwin in an update sent from the school’s college counseling team to senior families in August. The College Board added a Sept. 26 testing date in addition to communicating that cancellations will occur by location.

“I am really worried about taking a test during these times, but I really want to show my skills in chemistry, which is the only test I am going to take,” senior Kate Baker said. “I wish the College Board would be much more communicative, but I have a strong feeling that my SAT Chemistry Subject Test will be canceled since it is at a closed school in Oakland.”

The College Board and ACT will communicate future cancellations, but every region and test center is impacted differently, according to College Counseling Director Rebecca Munda. Testing availability is dependent on the test site and Health Department regulations, not the ACT or the College Board.

After spring cancellations of the SAT, the College Board asked admission teams at various universities to extend testing deadlines, and the inability for students to test in the spring led to a high demand to take the fall SAT.

“It is important to keep in mind that us juniors are far away from applying to college and standardized testing is not a pressing issue for us,” junior Roya Meykadeh said “The College Board’s lack of transparency greatly affects the admissions process as it adds another layer of uncertainty and stress.”

The majority of colleges have adopted test optional policies, but will consider exams as part of a student’s application if provided. Some accept International Baccalaureate and Advanced Placement exams in lieu of traditional standardized tests. Many schools who offer accelerated programs in engineering, medicine or law still encourage SAT Subject Tests.

“There is a big push to not only go test optional but test blind because this puts pressure on students to think if they can take a test they should, but if they are test blind there is not a gray area,” Munda said. “No students should be getting on a plane to take a test—it is not worth it.”

Test optional policies may not be extended internationally, and many schools outside of the United States still require testing.

“Every school in the United States that I am looking at is test optional, but I am also interested in applying overseas to a few schools in the United Kingdom who still require tests,” Baker said. “I’m going to focus on my essays because without my ability to take the tests I want to, more weight will be placed on how I present myself.”

Both ACT and the College Board have acknowledged the difficulty in social distancing during testing due to the high volume of students signing up. If test centers choose to hold examinations, proctors will oversee the wearing of face masks during the entirety of the test.

“I understand there’s not much the College Board can do right now as the whole situation is very unpredictable and out of their hands,” Laluyaux said. “I’d been doing a lot of SAT prep and tutoring, and I don’t want all that work to go to waste.”