We may never understand, but united we stand

Now is the time for action against systemic oppression 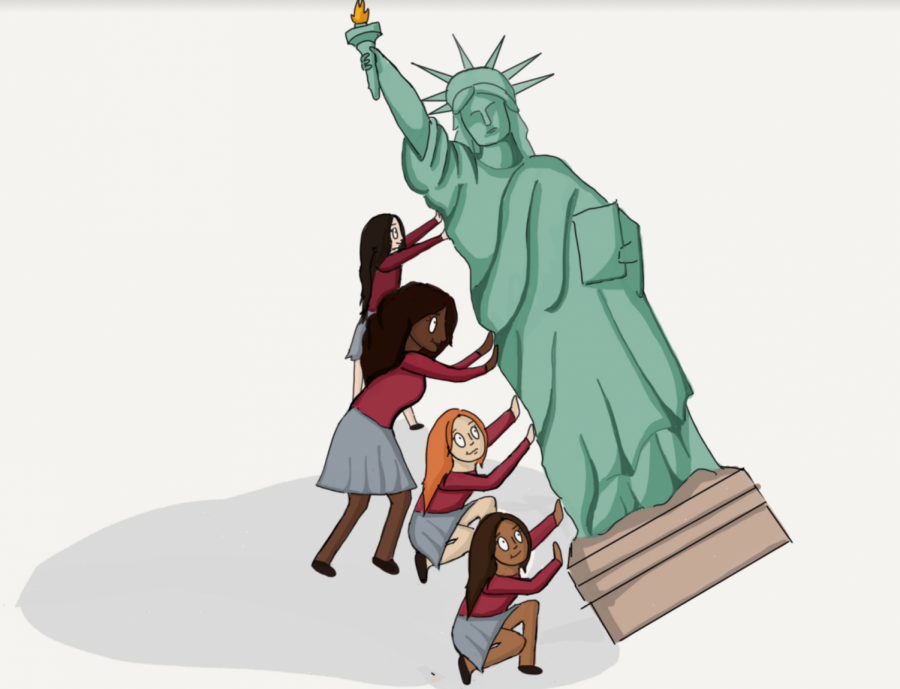 WEB EXCLUSIVE A flood of virtual and real-life protests have surfaced in the days since the death of George Floyd, an African-American man who died after former Minneapolis police officer Derek Chauvin knelt on his neck during his arrest.

The first posts to surface included artistic renderings of George Floyd and colorful quotes about activism and injustice, however, the call for more substantial social media content quickly arose. Posts began to center around safe ways to protest, where to donate to support, and ways for non-black individuals to educate themselves.

While thousands of people are participating in today’s Blackout Tuesday by posting images of black screens in solidarity with the black community and the Black Lives Matter movement, it is not a time to be silent. It is time for us to mute our personal lives to speak out against racial prejudices, educate ourselves on our societal biases and give voice to those who are otherwise left in the dark.

Due in part to the COVID-19 pandemic, our actions through social media are now more critical than ever. Using platforms that teenagers use on the daily — Instagram, Snapchat and Twitter — to draw awareness can be incredibly effective as most do not feel comfortable taking action among the physical proximity of other people right now.

As the editors of a majority-white publication in a majority-white school in one of the most privileged neighborhoods in the country, we know that we will never fully understand the utterly terrifying and inhumane experiences many people of color face daily. However, we stand as allies with people of color against all forms of oppression and systemic racism in our country. We also acknowledge that our race truly “colors” the way that we choose to write and which biases we view issues through.

Only sharing and reposting trending posts on Instagram stories is not enough. Virtue signaling will not fix police brutality. We must rise to the occasion and strive for justice in all its forms.

Words matter, but actions matter more. There are so many ways we as teenagers can rise to the occasion and stand up for what matters.

Blackout Tuesday is just the beginning, and now is not the time to remain silent. With the time we have in our homes, we need to think creatively and act fast for it is our generation that should lead the charge against systemic racism.