Binge-watching increases due to shelter in place 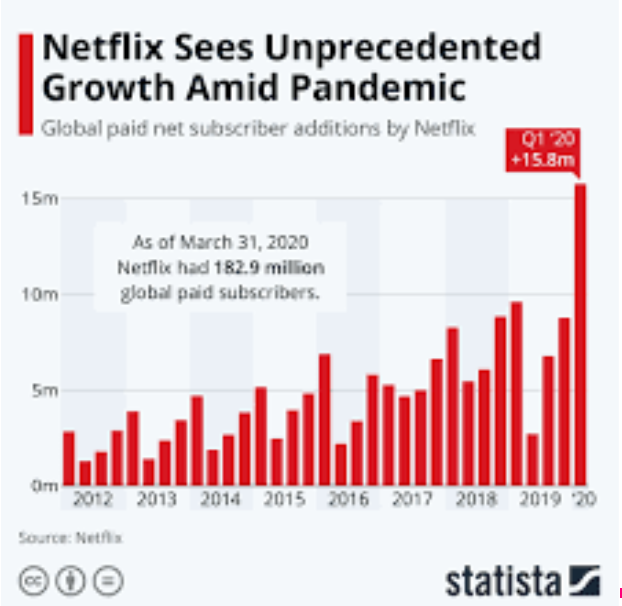 WEB EXCLUSIVE Rather than running around on a grassy field, many team athletes are turning to binge-watching as their spring sport. The current shelter-in-place order has left athletes with the extra time that they would spend commuting to and from practice with time to stream shows they have missed.

“When I watched the first episode of ‘Outer Banks’, I became obsessed and binge-watched it for the next couple days,” junior Beminet Lesanework said. “It is now one of my favorite shows to watch because I love all the action and the authentic way they live.”

Since Netflix released “Outer Banks” on April 15, it has become the third most popular show in the United States, out of Netflix’s approximately 500 total shows spanning 23 genres ranging from thriller to romance.

“I’ve been binging ‘All American’ and rewatching ‘Stranger Things,’” freshman Chiara Hertsgaard said. “Before shelter in place, I didn’t really binge-watch shows, but now I have because it has helped pass a lot of time.”

Similar to Hertsgaard and Lesanework, many students have been non-stop watching shows and even students who did not have Netflix before the shelter in place, such as freshman Sofia Karti, have recently subscribed.

“I am glad I got Netflix because it has helped me look forward to something during the day,” Karti said. “I have been binging ‘Vampire Diaries’ and am obsessed with it.”

Netflix has gained 15.8 million customers since the start of shelter in place and now has a total of 183 million subscribed account according to the Los Angeles Times,

Netflix is one of the most popular websites online, according to data from Statista. Approximately 37% of the world’s internet users visit the site, most are from the U.S.

“Without Netflix, I would definitely be so bored during this quarantine,” Lesanework said. “Netflix has a lot of binge-worthy shows and I can never run out of things to watch.”