Warren drops out of presidential race 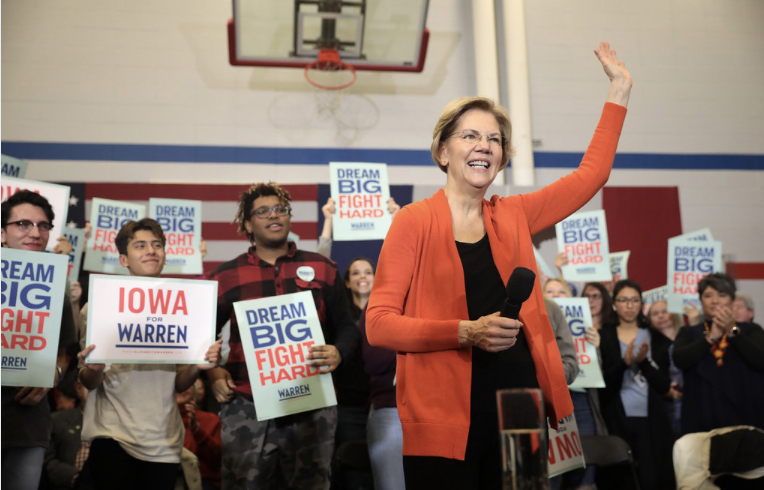 Elizabeth Warren addresses a crowd of supporters at a town hall at Fisher Elementary School in Marshalltown, Iowa. Warren visited multiple states over the course of her 2020 election campaign.

WEB EXCLUSIVE As students and faculty arrived on campus, many phones buzzed with notifications following Sen. Elizabeth Warren’s announcement that she dropped out of the 2020 Presidential Election yesterday morning.

“I’m disappointed for sure,” math teacher Sarah Cardenas said. “I voted for Elizabeth Warren in the primary because I felt I had to do what was right even knowing she might not make it.”

Sen. Elizabeth Warren was one of the four female presidential candidates running in the 2020 election. Rep. Tulsi Gabbard remains in the race while Sen. Kamala Harris dropped out in Dec. and Sen. Amy Klobuchar dropped out of the race on Monday.

“I think it is unfortunate that one of the only female candidates dropped out,” sophomore Olivia Williams said. “It would have been a great step for our country to have a woman as president.”

Warren was not able to win big in any of the 14 states involved in Super Tuesday—including her home state of Massachutes.

“I am not eligible to vote yet, but if I had I don’t think I would have chosen Elizabeth Warren to vote for in the primary,” sophomore Sara Ramelot said. “I would like to see a woman in the role of office, but I didn’t fully support her opinions.”

Warren has not endorsed another candidate. In the past week, all candidates who dropped out of the race endorsed former Vice President Joe Biden.

“I am really interested to know what’s going to happen and how the dynamic will shift when a female comes into that position,” Cardenas said. “Twenty years ago, we may not have thought we might have an African American president until Obama, so I have strong faith that we will have a female president in the future.”