‘Memeing’ into the new year

Recent military conflict between the U.S. and Iran has resulted in possible World War memes 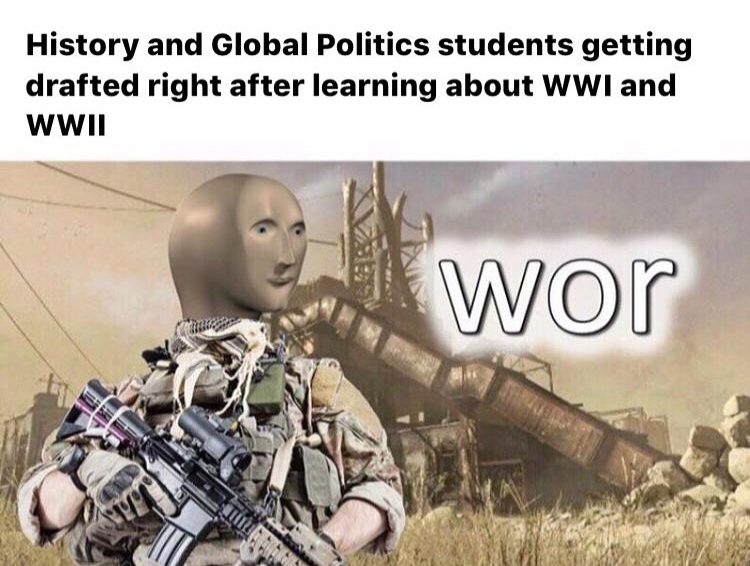 As teens open their TikTok accounts, many are expecting to find playful dance videos about viral trends, but they have instead found a multitude of memes teasing the United States’ and Iran’s recent military conflict, dubbing it as “World War III.”

In the wake of Iran’s threat to the United States following the attack that killed Iranian Major General Qassem Soleimani on Jan. 3, teens have taken to all platforms of the internet to post memes about the potential aftermath and the fears of war.

“I have mostly seen memes on Instagram and TikTok,” junior Kate Baker said. “After my trip in New Zealand without any service, I came back to discover this slew of information before I had even found out about the attack.”

Memes were created stating that the aftermath of the attack would result in a World War and a military draft, which hasn’t been in place since 1973 during the Vietnam War.

“I think the power of social media has a huge impact,” freshman Ella Plotinsky said. “I think that these posts just cover up how serious the situation or event could be.”

The seemingly joking nature of memes makes light of the attacks and have been rapidly circulated throughout the younger generations that have a larger presence on social media.

According to the app TikTok, where many of these memes have been created, their terms of service states that users are may not post material that could be considered “defamatory of any person,” “obscene,” “offensive,” or “inflammatory.”

These posts could potentially violate social media platforms, like TikTok’s terms of service through their critical view on President Donald Trump and their controversy stemming from the lightheartedness they provide on the situation.

“I don’t follow the actual news so it gets confusing seeing everything online as to what is actually happening,” Plotinsky said. “It puts a mask of comedy over what’s occurring.”

“The jokes online — though they made light of the situation — forced me to get informed on the event,” Baker said. “It’s consequently helped me understand the larger picture and effect on our generation.”